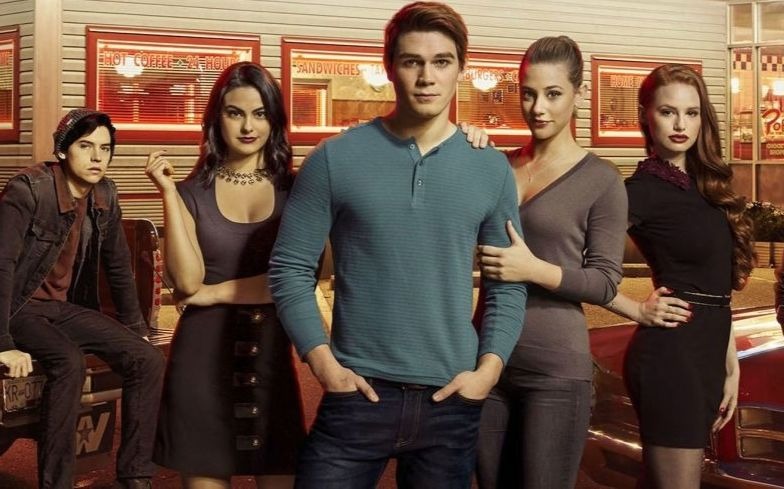 Riverdale is about to get even sexier.

The hit teen series is almost as notorious for its steamy moments as it is for its cheesy one-liners, but so far those intimate scenes have mostly been reserved for lead straight couples Archie and Veronica, and Betty and Jughead.

Well, it seems like that’s about to change, at least according to one of the show’s writers, Brian E. Paterson.

During a recent Q&A on Twitter, Brian was bombarded with questions from fans of one of the show’s most popular new couples, Cheryl Blossom and Toni Topaz – known affectionately by their ‘ship’ name Choni.

After Cheryl opened up to Toni about her bisexuality in a recent episode, and was later saved by her new friend from gay conversion therapy at the hands of the Sisters of Quiet Mercy, the two shared a passionate kiss, hinting at a blossoming relationship.

Naturally, fans wanted to know whether we’d be seeing more of the couple together, and thankfully show writer Brian confirmed that very fact.

“Don’t fret, Choni fans – there is some really good stuff coming in our final few episodes. Hang in there,” he tweeted.

Not content with that little teaser, fans asked Brian whether or not we’d be getting another kiss between Cheryl and Toni, to which he replied: “Lol. We’ve got stuff on tap better than just kisses.”

We can only imagine what he means…

Vanessa Morgan, who plays Toni, recently revealed in an interview with Cosmopolitan that she only found out that her character was bisexual when a press release was sent out to the media.

“I was so excited when I found out. I find in TV, you don’t see bisexual [characters] a lot. When people see ‘bisexual’ they still confuse it with promiscuity, which is so wrong,” she explained.

“So I was so pumped to be the first bisexual on Riverdale and just normalize that for viewers.”

She continued: “I’m super pumped to be part of a show that’s so diverse. It’s casting characters that every person can relate to – having bisexual and gay characters, all ethnicities.