Riverdale finally gave some screen time to its same-sex couples 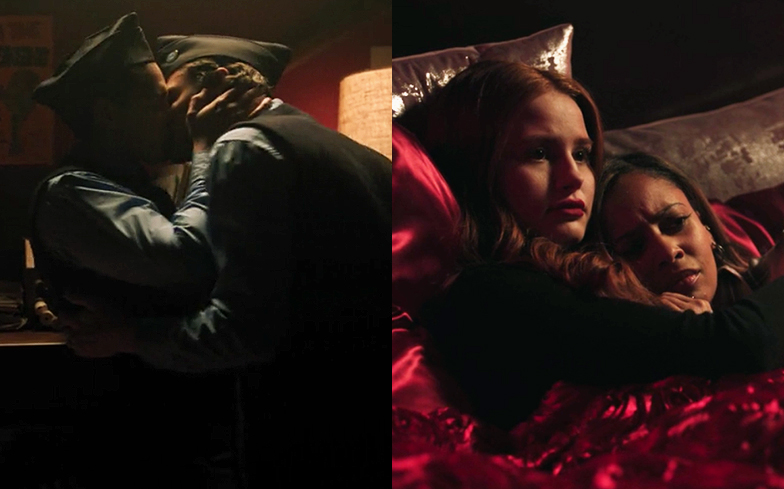 Riverdale provided some much-needed LGBTQ representation during its mid-season finale.

The hit American drama, based on the iconic Archie Comics characters, has garnered a large queer following thanks to its attractive cast, copious amounts of drama, and its acceptance of LGB characters.

But despite having several characters who identify as gay or bisexual, many fans have been left disappointed with the lack of screen time afforded to them, criticising the writers of ‘tokenism’ and ‘queer baiting’ viewers.

Fortunately, during the recent mid-season finale, we were treated to scenes from the show’s two same-sex couples – Kevin and Moose, Cheryl and Toni – within the first few minutes of the episode.

First up was Kevin Keller and Moose, who snuck off into a dark classroom to steal a kiss in their ROTC uniforms. Kevin refused, as he was more interested in making out with his still-closeted boyfriend – we don’t blame him – but their fleeting make-out session was rudely interrupted by a mass seizure happening to the River Vixens in the hallways. Strangely, it seemed all of the Vixens were affected by the seizures except for Cheryl Blossom, who came rushing to the side of girlfriend Toni Topaz. As far as episode openers go, this one was pretty OTT even by Riverdale’s standards. Toni’s seizure didn’t have any serious health implications – that we know of – and it led to one of the cutest Choni (that’s Cheryl and Toni’s couple name, if you’re out of the loop) scenes in the show’s history.

“Ships fever couldn’t keep me away. My four-poster bed is your four-poster bed. You can stay here for as long as you like… even permanently,” Cheryl offered, dismissing concerns that the seizures could be contagious (yes, we’re confused by that one too).

Toni accepted the offer, but on one condition. “As long as I’m the big spoon,” she joked.

Be still our beating hearts.

Fans have been vocal about their support for the same-sex representation, particularly Choni, on social media.

THE FIRST 3 SECONDS AND KEVIN IS KISSING MOOSE GOODBYE #RIverdale

We’re keeping our fingers crossed the LGB (and hopefully T in the future) representation continues in the second half of Riverdale season three, which returns 16 January.