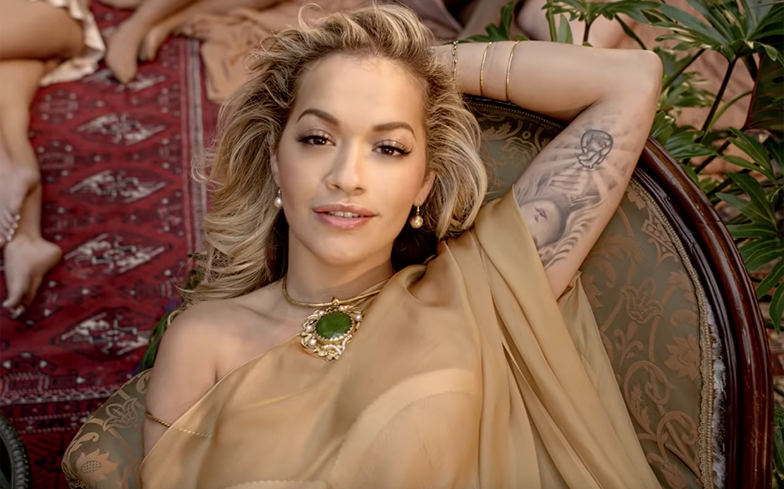 Rita Ora has opened up about the backlash she received over her single Girls.

The singer found herself in the middle of controversy last year after releasing the Cardi B, Charli XCX and Bebe Rexha collaboration Girls, which featured lyrics about being “open-minded” and “50-50” when it comes to sexuality.

While some hailed it as a bisexual anthem, many accused Rita of making light of gay relationships, especially as some lyrics (“red wine, I just wanna kiss girls”) appeared to suggest same-sex attraction is a byproduct of consuming alcohol.

Following backlash from fans and even some fellow artists, Rita issued an apology to the LGBTQ community and revealed that she has “had romantic relationships with women and men”, confirming her bisexuality.

Now, nearly a year later, Rita has reflected on the controversy, calling it a “pretty dark” period of her life.

“For me it was when I released Girls. In my head, females were a big part of my growth, interaction with the same sex,” she told The Mirror when asked what the toughest moment of her career over the last couple of years was.

“When I was younger I was very experimental – in my late teens, early 20s – so I wanted to make a song about girls who may have been confused about who they are.

“But when it came out I think people looked at it, because they didn’t know about my experience, like I was using the culture – which was understandable.

“I never looked at it like that because I knew I’d experienced it. But I forgot that nobody else knew that.”

While every artist on the track faced backlash – including Cardi, who later revealed that she also had previous experiences with “a lot of women” – Rita was the focus of most criticism, primarily because it was her song.

“Cardi B and Charli and Bebe all had their own connection to the record. So for us it was a girl-empowering moment to support each other,” she continued.

“It wasn’t just me that got the shit for it but it was my song – so I felt like it was my responsibility to make sure the message was clear.”

One of her most vocal critics was lesbian singer-songwriter Hayley Kiyoko, who described the song’s message as “downright tone-deaf” and said it was “dangerous” for members of the LGBTQ community.

“I guess some girls in the industry didn’t find it supportive,” Rita added.

“But I definitely didn’t mean one bad intention. The fact I survived that made me so happy, because it was pretty dark. It’s like making a baby, putting it out in the world then it getting brutally attacked.”