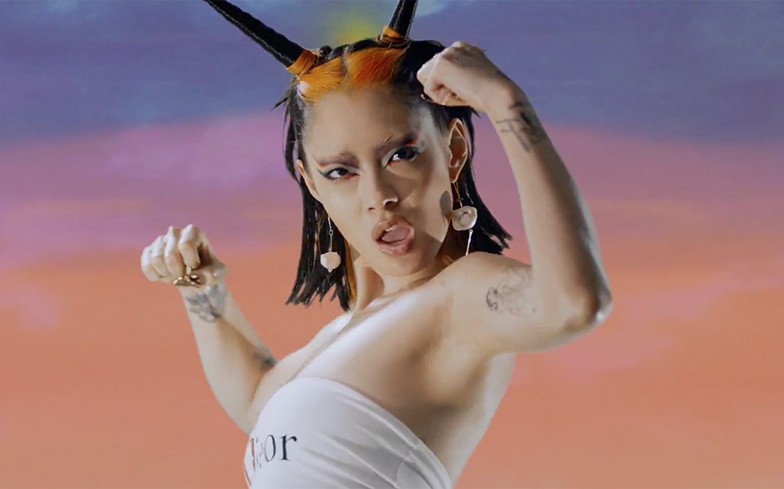 Rina Sawayama has dropped her video for Comme Des Garçons (Like The Boys).

The 90s-inspired video, directed by Eddie Whelan and creatively directed by Ben Ditto, sees Rina interpret the otherworldliness of masculine confidence, with trippy visuals that pay homage to fashion houses and their iconic logos.

“Male confidence can quite often be a performance – in the media, in the workplace, in movies, in music and that’s what I wanted to explore with this video with Eddie and Ben,” Rina explained.

“We are entering a secret and surreal lab where this masculine figure is being scanned and studied, then going on this wild journey through different versions of myself.

“We wanted to make a music video that’s got humour, movement and is essentially a fashion film that combined the visual worlds of Hype Williams, Hiroyuki Nakano, and Boris Vallejo.”

The future pop superstar recently teamed up with Brazilian drag icon Pabllo Vittar for a club-ready remix of the track, which you can listen to here.

Rina has also announced the release of her highly-anticipated debut album SAWAYAMA, which will finally drop on 17 April, exploring “family and identity” and “what belonging means when home is an evolving concept”.

The star’s Dynasty Tour will kick off on 24 April in Los Angeles, with 11 shows scheduled across North America and a UK leg ending with a show at Brixton Electric on 20 May – tickets are on sale now.