Rina Sawayama to make her acting debut in John Wick 4 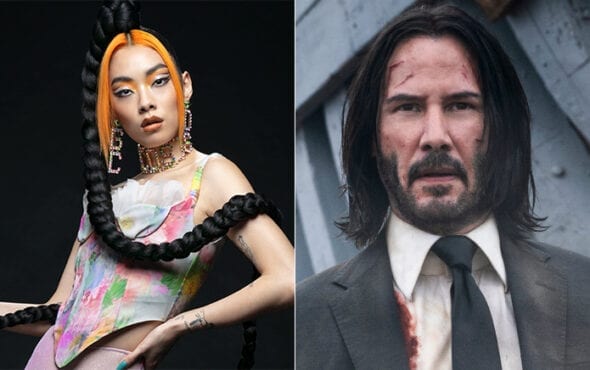 Rina Sawayama has joined the cast of John Wick 4.

According to an exclusive from Deadline, the beloved pop star will make her acting debut in the film, which is being directed by Chad Stahelski from a script by Shay Hatten and Michael Finch.

Stahelski – who directed the first three instalments – said in a statement: “I’m so glad to have Rina on board to make her feature film debut in John Wick: Chapter 4. She’s an incredible talent who’ll bring so much to the film.”

Production on the blockbuster begins shooting this summer in France, Germany and Japan.

The first three films star Keanu Reeves as the title character, a retired hitman who, after seeking vengeance for the killing of his dog and the theft of his car, becomes hunted by a section of the criminal underworld known as the High Table.

The franchise has received universal critical acclaim, particularly for the Reeves’ leading performance, visual style and the intense fight choreography.

At the box office, all three John Wick films have accumulated a collective gross of more than $587 million worldwide – becoming one of the highest-grossing action franchises in history.

Rina rose to fame with a string of individual releases, including an EP, before receiving rave reviews for her self-titled debut album in 2020. The album was praised for its blend of 00s-inspired R&B, rock, nu-metal and experimental pop, and for exploring topics such as queer love, friendship and identity.

It features singles such as STFU!, Comme Des Garçons (Like The Boys), XS, Bad Friend and Chosen Family. The latter received a remix with Sir Elton John.

At the 2021 BRIT Awards, Rina was asked about her involvement with the highly-rumoured project, to which she responded:  “Well, the wish is on the internet, and I’ve done my bit, lets just say that. It’s in the works and it’s a song that was hard to sing with my new braces.”

After the interviewer guessed it was for the song Alice, she admitted, “My s’s are actually fine. It’s my f’s that are a little bit weird,” which prompted the self-professed Gaga stan to conclude that she recorded vocals for Free Woman.

A song with Sir Elton John, a song with Lady Gaga and an appearance in one of the biggest blockbuster franchises of all time? Rina is doing the damn thing.