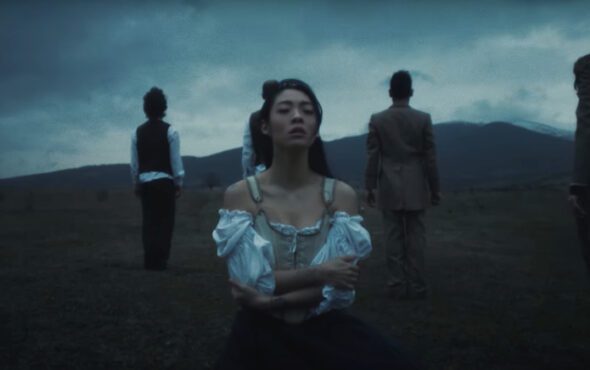 Rina Sawayama had shared the visuals for the title track of her second album, Hold The Girl.

The track was featured on BBC Radio 1 last week, premiering as Clara Amfo’s Hottest Record In The World.

The video is set in a 19th century farmhouse, where Rina’s stuck in a time loop until she finally breaks free.

The video was directed by Ali Kurr and mirrors the message of the song, which details Sawayama’s emotional breakthrough in therapy.

“Hold the Girl’ was the first song I wrote for the record at the end of 2020,” said the 31-year-old, “I had gone to therapy and had a revelation, so I decided to write this song…that was the start of it. I was crying before going into the studio to write about it.”

The rest of her sophomore album demonstrates her individual sound, bending huge chart influences and blockbuster melodies to her will with precision-tuned songwriting and powerful vocals.

It also features previously released singles Catch Me In The Air and This Hell.

Alongside the brand new visuals, Rina’s also announced her North American tour this November. The 13-date headliner will come after her UK and Ireland tour this October.

Tickets for the London show have been snapped up, as the O2 Academy Brixton hosts her sold-out performance.

In 2020, Rina’s debut album SAWAYAMA became one of the most critically acclaimed records of that year, landing on over 50 album of the year lists, including the New York Times, The Guardian and Rolling Stone.

Sawayama has also had immense influence on the eligibility for coveted awards such as the Mercury Prize and BRITs. The rules now allow non-British artists to apply if they have been a permanent resident in the UK for more than 5 years.

Watch the Hold The Girl video below or by clicking here.