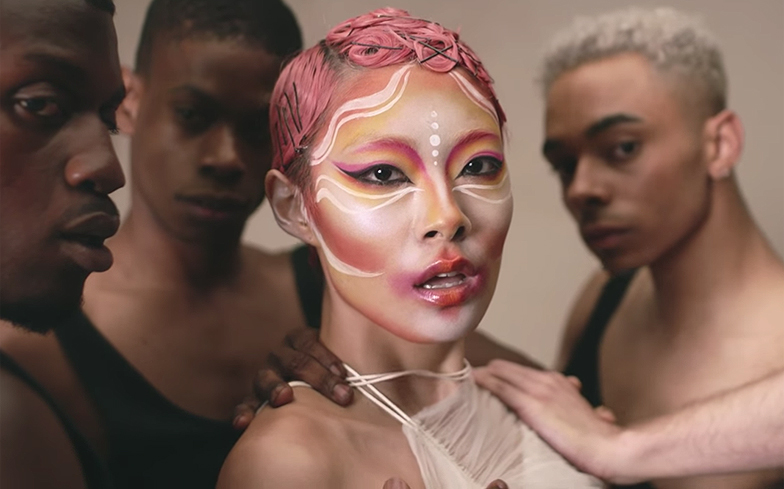 Rina Sawayama is back with another slice of nostalgic R&B perfection.

The Japan-born, London-raised singer-songwriter has released the stunning music video for Cherry, which she previously described as her “coming out” as pansexual song, and it’s serving us the queer pop star fantasy we’ve been waiting for.

Choreographer Joelle Fontaine explained: “With this song and creative I specifically casted several POC Queer dancers fully embracing their femininity as that’s something you don’t see. So the movement is based around the struggle of coming to terms with what society has told you is wrong, but in the end is a justified feeling.”

Rina recently opened up about her pansexuality with Broadly, revealing that Cherry is her “most personal” song yet as it addresses the feelings of coming out as pansexual while being in a heterosexual relationship.

“It’s the truth for a lot of bi and pan people – they don’t feel authentically queer when they’re in heterosexual relationships, and that is what the song is about,” she said.

Watch the video for Cherry below.

Rina is also heading out on tour this month with her Ordinary Superstar Tour, which includes stops across the United States and Canada, and also a show in London at the iconic Heaven venue on 19 October.

Check out the full tour dates below: