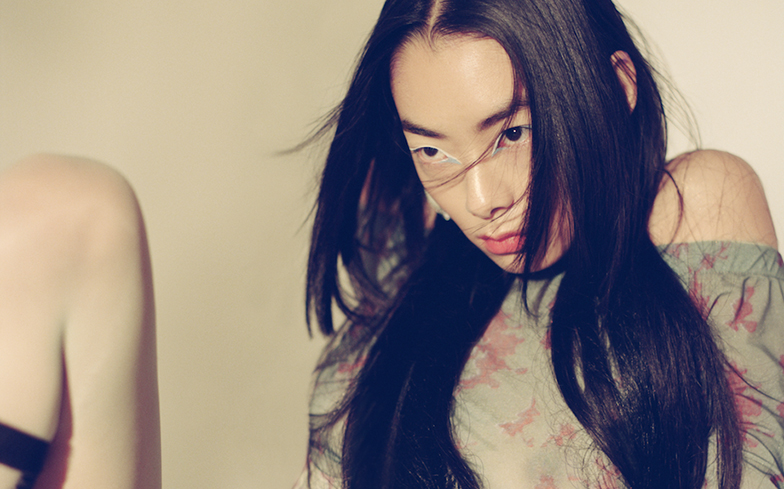 The London-based singer-songwriter has shared the first single off her upcoming debut album, and it’s a blazing attack on racist stereotypes and white male privilege with production from longtime collaborator Clarence Clarity.

“STFU! is a song about releasing the RAGE against microaggressions,” Rina explained of the track.

“As a Japanese girl growing up in the West I dealt with an array of aggressors ranging from: sexual stereotypes, comparisons with Lucy Liu and Cho Chang, to having to be the unofficial PR person and tourist board to Tokyo (a city of Western fascination that I left when I was 4), to people shouting Asian greetings down the street (nihao! Konnichiwa!), and finally to people doing ‘slit eyes’.

“Through humour we heal and can move on. This is the spirit of STFU! It was truly a therapeutic experience to condense all the things that people have said to me over the years into a situation that highlights how ridiculous these comments are when said all in one go in a context (like a first date) of flattery.”

Interview: Rina Sawayama is the future of queer pop

The music video, meanwhile, visualises the rage in Rina’s head as she goes on an infuriating first date with a man who compares her to Lucy Liu and Sandra Oh, asks if she’s ever been to Wagamama’s, and questions why she doesn’t make J-pop music.

Rina has also announced that she’s now signed to Dirty Hit, an independent record label founded in 2009, and is putting the finished touches on her debut album.

Watch the video for STFU! below.