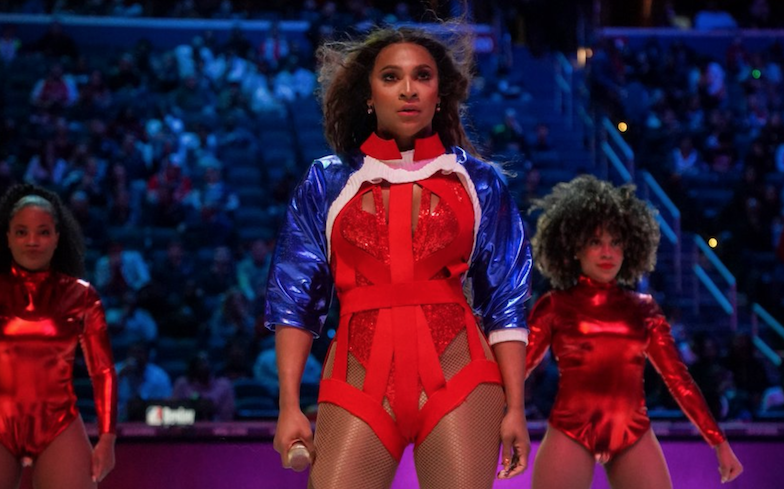 “I tell people to never put a cap on their dreams—dream without limitations.”

Riley Knoxx has just made HERstory.

The legendary performer, who’s known as one of the supreme Beyonce impersonators in the United States (and the world tbh), just became the first openly transgender woman to perform during an NBA halftime show.

Knoxx took centre stage during halftime at Washington Wizards’ Pride Night game against the Atlanta Hawks to perform a three-song Beyoncé medley, and slayed the motherf***ing house down. It was everything.

In an interview with Good Morning America, Knoxx revealed that the Wizards “reached out to me, believe it or not.

“They have been watching for a while and they’ve been wanting me to perform at their events, but they were just waiting for the right time and space. And it just worked out that because they were watching, that’s how I got this chance.”

She continued: “People always ask me, ‘How does it feel to be living your dreams? Or did you dream of this?’ And I’m always like, ‘No!’ I couldn’t have dreamed of this. I’m living beyond anything I could have dreamed of.

“So I tell people to never put a cap on their dreams—dream without limitations.”

Knoxx previously made headlines for starring in the video for Taylor Swift’s LGBTQ anthem, You Need to Calm Down, alongside RuPaul’s Drag Race icons such as Adore Delano, A’Keria C. Davenport, Trinity the Tuck and Tatianna.

She has also performed with artists such as Miley Cyrus and Jennifer Hudson.