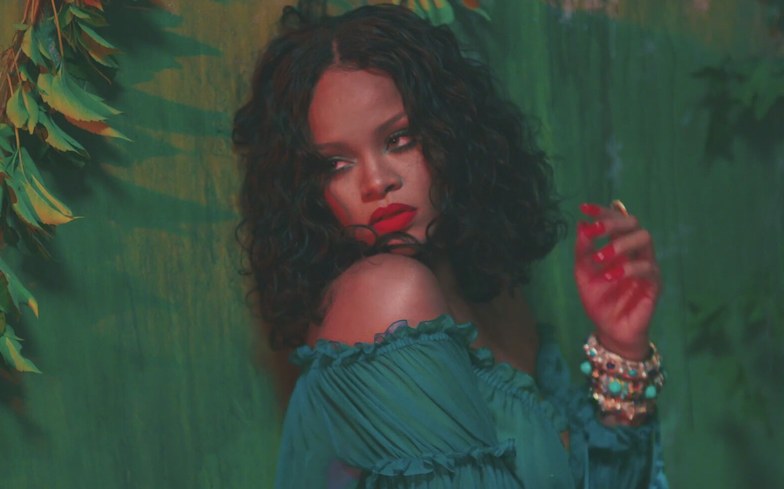 She also addresses rumours that Lady Gaga will be involved.

Rihanna has finally opened up about her highly-anticipated ninth studio album.

In an interview with The New York Times, the Disturbia star confirmed that the long-awaited album will be a full-fledged reggae record, and debunked rumours that she’s working with Lady Gaga (wah) and Drake.

However, she did confirm that if an opportunity to collaborate with Gaga came along, she’s “not against it”.

The interviewer then pushed for further information about the album and asked if she had yet settled on a title and a release date, and her answer for both was “I don’t know”.

She did admit: “So far it’s just been R9, thanks to the Navy. I’m about to call it that probably, ’cause they have haunted me with this “R9, R9, when is R9 coming out?”

“How will I accept another name after that’s been burned into my skull?”

Rihanna hasn’t released a full-length studio album since her Billboard 200 number one, Anti, which spawned the worldwide number one, Work, as well as Kiss It Better and Needed Me.

Since then, the performer has featured on singles such as Lemon (with NERD), Selfish (with Future), Loyalty (with Kendrick Lamar) and Wild Thoughts (with DJ Khaled and Bryson Tiller).