24 incredible Rihanna facts even the biggest stan might not know 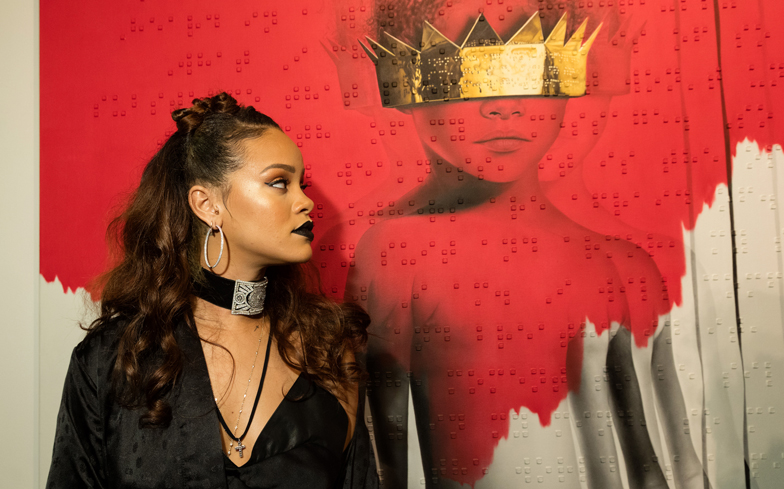 To celebrate a pop icon, we’ve collected 24 random facts about Bajan starlet Rihanna that even the biggest stan might not know.

1. Rihanna was in the army cadets when she was younger. Her drill sergeant was fellow Bajan singer Shontelle.

2. L.A. Reid told Jay-Z not to let Rihanna leave after her audition as he didn’t want her to go to any other record labels.

4. Rihanna’s first Billboard Number One was SOS, which was originally written for Christina Milian.

5. Brandy Norwood was a major influence on Good Girl Gone Bad, with Rihanna saying that she listened to her album Afrodisiac “all day and all night”.

6. Despite being one of her most iconic songs, Umbrella was turned down by Britney Spears and Mary J. Blige before Rihanna got it.

7. Whilst Umbrella sat atop the charts is New Zealand, the country was battered by storms. Once it had been knocked of the top spot, the storms calmed down. A similar thing happened in the UK too.

8. Jamie Cullum released a cover version of Don’t Stop The Music in 2009. Spoiler: it’s got nothing on the Alexandra Burke version.

9. Her collaboration with Maroon 5, If I Never See Your Face Again, was initially a duet between them and Janet Jackson.

10. Despite already having a number of hits under her belt, Justin Timberlake believed it was their collaboration Rehab that made people accept Rihanna in the music industry.

11. Although it was the second single from Loud, What’s My Name went to Number 1 in America before Only Girl (In The World).

13. We Found Love was initially recorded by Leona Lewis, who turned it down because she wanted Trouble to be her lead single instead. We Found Love remains the biggest hit of Rihanna’s career.

14. Oh, and We Found Love was turned down by Nicole Scherzinger.

15. While we’re on the topic of Nicole, she collaborated with Rihanna on the track Winning Women.

17. Madonna is Rihanna’s biggest influence, with Rihanna saying that she wants to reinvent herself in the same way as Madonna.

18. She’s vocal in her support for the LGBTQ community too. When talking about the anti-gay law in Indiana, she said: “Fuck that shit. Because we’re just living our motherfucking lives, Indiana!”.

19. Not only that, she also privately helped a gay fan come out by messaging him advice on Twitter.

20. We’ve spoken a lot about songs that Rihanna has taken from other artists, but what has she turned down? Answer: Lean On, Cheap Thrills and Same Old Love.

21. She once got a HIV test live on camera with Prince Harry to help tackle stigma around the virus, blending the worlds of pop royalty and actual royalty for an excellent cause.

22. Her acting roles may have gone unappreciated by critics so far, but that’s not stopping her – she’s got a role coming up in Ocean’s 8, and she’ll soon be taking on Psycho’s iconic Marion Crane in Bates Motel.

23. She’s one of the most impersonated celebrities on the planet. We can’t actually prove this one, but Celine Dion and Ariana Grande have both pretended to be her, so it sounds about right.

24. And finally, Rihanna’s favourite perfume is her own fragrance, Nude.