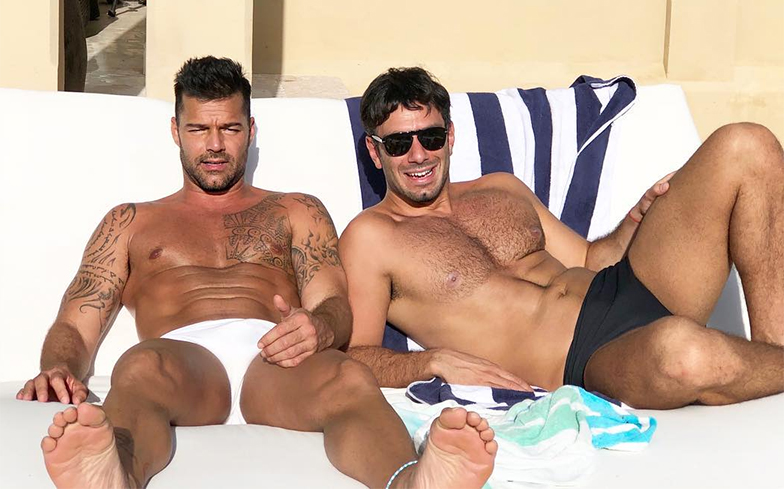 The 46-year-old singer made the revelation on the red carpet for Ryan Murphy’s new TV series The Assassination of Gianni Versace: American Crime Story, in which he will play Gianni’s lover Antonio D’Amico.

When asked by E! News to confirm whether Jwan is his fiancé or husband, Ricky replied: “I can’t introduce him as my fiancé. I can’t, no. He’s my husband. He’s my man. It feels amazing. It still feels amazing!”

“We’ve exchanged vows, and we’ve swear [sic] everything, and we’ve signed all the papers that we needed to sign, prenups and everything.”

Ricky also revealed that he and Jwan will be hosting a “heavy party” to celebrate the union properly, although they haven’t quite figured out the finer details yet.

“[It will last] three days,” he laughed. “We still don’t know where. The typical three-day party, the dinner, the rehearsal, the party and the recovery!”

Ricky and Jwan have been together since 2016, and got engaged in November of that year. Together, they’re raising Ricky’s twin sons Matteo and Valentino, and regularly appear together in the media.

Beginning later this month, American Crime Story: The Assassination of Gianni Versace (yep, it’s a mouthful) will tell the true story of the death of legendary fashion designer Gianni, who was murdered by Andrew Cunanan on the steps of his home in 1997.

Fans in the United States will be able to tune into the first new episode on Wednesday 17 January, 2018 on FX. There’s no UK air date yet, but we do know it will air on BBC Two.