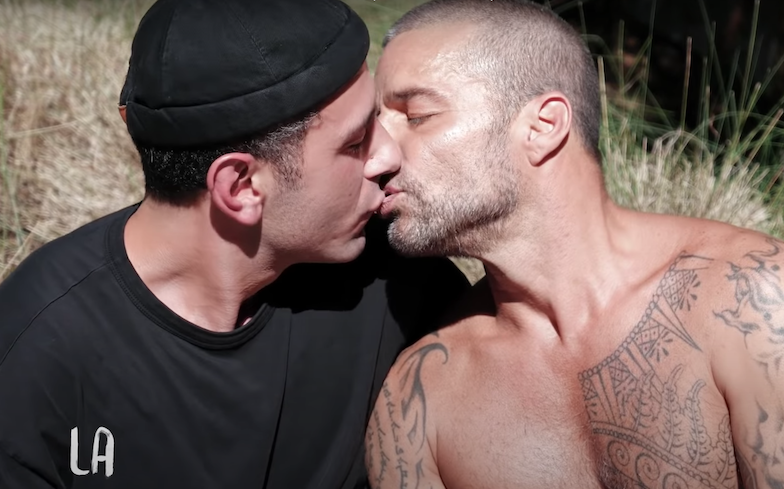 Residente’s new music video features an array of couples from all over the world kissing.

The stunning visual for Antes Que El Mundo Se Acabe was made in quarantine over a three-week period, and includes Ricky Martin and his husband Jwan Yosef, Bad Bunny and girlfriend Gabriela and Lionel Messi and his wife Antonela.

“I was feeling anxious because of all the uncertainty when I was writing it, and writing for me is like therapy. I had a party song but I don’t even feel like partying right now,” the Puerto Rican rapper told Billboard ahead of its release.

Residente continued to explain the difficulties of creating a music video in lockdown.

“I thought was going to be easy because it was just a kiss. But the difficult thing is to find all of these people wanting to kiss during a pandemic and a kiss maybe looks easy but it was very complicated and not everyone kisses,” he said.

“I spoke with more than 100 people for this and explained to them that it has to be recorded with a camera and if they didn’t have a camera it could be with a phone but it has to be horizontal. It was very complicated.”

Despite this, Residente says quarantine has inspired artists to become more creative with their content.

“It’s a great moment to do things you’ve never done. Like, I really don’t know why people keep trying to make the same type of hits instead of using this moment to put out things that they’re feeling,” he added.

“You don’t have the need of putting out a hit because you’re not going to perform. If there’s a moment to put out different things, it’s now. Things you’ve never done. Concerts will eventually start but later.

“This is a chance for artists to reboot and think differently.”