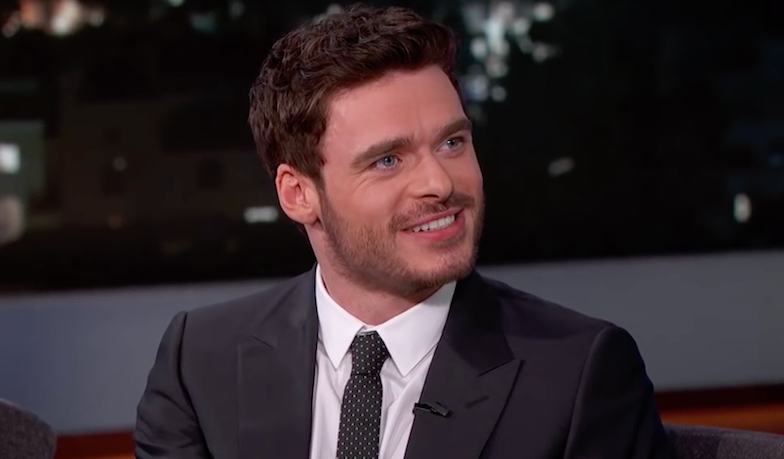 Former Game of Thrones star Richard Madden has weighed in on the debate over who should get gay roles after the Sir Elton John biopic, Rocketman, came under fire for casting straight actors.

Both Taron Egerton and Madden identify as straight, and are playing Sir Elton and his former manager John Reid, who are both gay, respectively.

Speaking to The Guardian, he said: “It’s a really terrible route to go down if we start restricting people’s casting based on their personal lives. We have to focus more on diversity and having everyone represented, but I’m also a firm believer in the best actor for the part.”

Elsewhere in the interview, Madden described what it was like meeting Sir Elton, describing the performer as a “very interesting and interested man, just lovely.”

Madden also refused to comment on his private life, after he was linked with 13 Reasons Why star Brandon Flynn. Rocketman will feature a gay sex scene between Egerton and Madden, and in the past Egerton has described this scene as “quite physical.”

Speaking with List, he said: “I probably shouldn’t be telling you this but we have a sex scene. We went to some places together and got quite physical. I’ve watched it back and I think it looks great.

“The grown-up nature of the film, combined with it being a musical, makes it feel quite zeitgeisty.

“I don’t know if I’m allowed to say this but it’s basically about Elton in rehab, so we’re not watering anything down.”

Claims that the scene had been cut have been dashed by the film’s director Dexter Fletcher, who dismissed them as “nothing but rumours” and promised that the final film won’t hold back when it comes to Elton’s life.

“Seeing much speculation about ROCKETMAN!! That’s good! It’s still unfinished so it’s nothing but rumours,” he said.

“It has and always will be the no holds barred, musical fantasy that Paramount and producers passionately support and believe in. See for yourself May 24.”