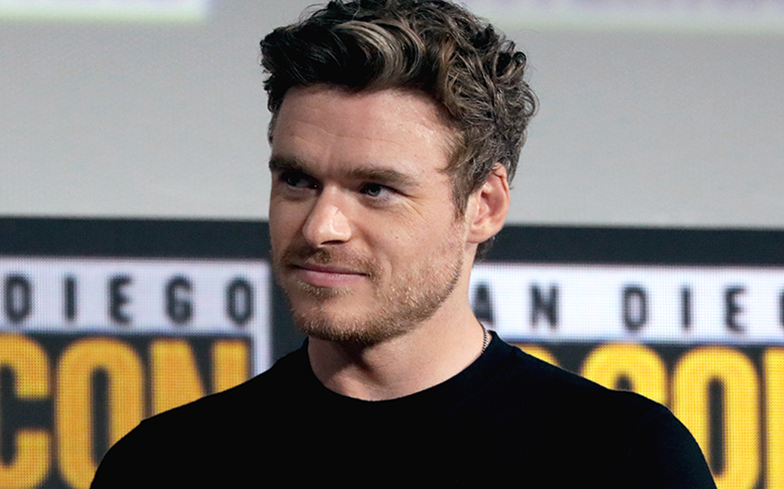 The Marvel Cinematic Universe will be getting its first openly gay character next year.

Last month, Kevin Feige – Marvel Studios president – confirmed rumours that upcoming movie The Eternals will feature a gay character. “He’s married. He’s got a family. And that is just part of who he is,” Feige said on Good Morning America.

Game of Thrones star Richard Madden, who recently starred opposite Taron Egerton in Elton John biopic Rocketman, has now praised the decision and says it’s “hugely important” to have diversity in blockbuster movies.

“I’m a white male actor and not in the majority of this cast. I’m the minority, which is important in terms of diversity in filmmaking. I think Marvel are really at the forefront of that.”

It will be set at the beginning of the universe, and will focus on the aforementioned characters, an immortal alien race created by the Celestials – who first appeared in Guardians of the Galaxy – who are sent to Earth to protect humanity.

Addressing his reunion with fellow Game Of Thrones star Kit Harington on the movie, Madden said: “Thrilled to work with Kit again, thrilled to work with Gemma Chan and Angelina Jolie and Salma Hayek and the whole cast, [an] outstanding bunch of actors.”

Due for release in November 2020, the movie will be the second entry in Marvel’s ‘Phase 4’ after Black Widow, which will see Scarlett Johansson reprise her role for a prequel, set between Captain America: Civil War and Avengers: Infinity War.

The third sequel in the Thor franchise, Love and Thunder, will also make strides with representation. The movie – which will be released in 2021 – will see Tessa Thompson’s character Valkyrie, the new King of Asgard, and her search for a queen.

It’s part of a new initiative by Marvel to become more diverse, especially after the acclaim and box office success of movies such as Black Panther and Captain Marvel, both of which grossed over one billion dollars.

Tom Holland, who plays the current big-screen iteration of Spider-Man, has recently approved of calls for a gay version of the superhero, saying he’d like to “share the screen” with that character in the future.