REYNA unveil telenovela-inspired video for The Way I Loved You 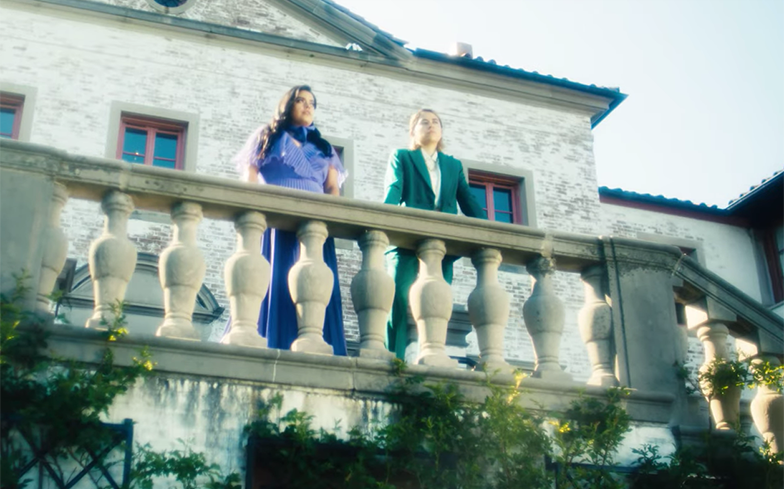 REYNA have released the official video for The Way I Loved You.

In the visual for the pop anthem, the duo pay homage to their Mexican heritage with a telenovela-inspired storyline.

“Gab and I grew up watching Mexican telenovelas with our parents, I didn’t really see the gay community represented, definitely no lesbians on screen,” Vic told us of the video.

“It was fun to add a gay twist to our own telenovela, especially because they tend to be so traditional. We wanted to present ourselves as our true selves and pay homage to our culture as well as having a blast portraying these dramatic characters.”

The track is based on Vic’s journey with her sexuality and falling in love for the first time.

“I fell in love hard for a girl I met and it was the most intense, young crazy first love you could imagine,” she said. “I ended up breaking her heart and simultaneously breaking my own for a very long time.

“The Way I Loved You is about wanting to love someone new with that same intensity, without caution or fear. It’s a complicated feeling because you want to protect your heart instead of letting yourself love again.”

The Way I Loved You is REYNA’s ninth release so far. Their debut EP is due for release later this year – watch the video below.

When we spoke to Vic last year, she opened up on how she came to terms with her sexuality and the difficulties she faced coming out to her family.

“Coming out for me was so traumatic and heartbreaking, so all of those feelings and emotions have influenced the way that I write, which is probably where Spill Your Colours came from,” she told us.

“My sister is super supportive, and it’s impacted her life, because we had wars in our family over this. You have to take a side. It’s definitely added a dynamic to our music.”

Vic added: “Once I realised that I was gay and I came out to my parents… We are a very Christian family. We grew up in the church, so it was a huge blow to my parents.

“I think it took them maybe six or seven years to kind of be okay with it. I got married last year, and I think that was the moment when my parents were like, ‘Oh my god, all these people are here and they’re okay with it?’ So it was like validation for them.”