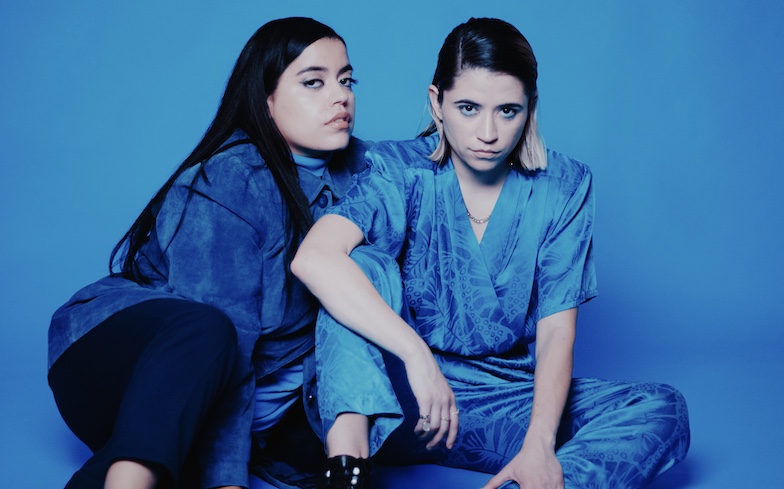 REYNA have unveiled the self-directed video for their infectious new pop anthem, Coachella.

The song pays homage to the duo’s Latin heritage with Mariachi-inspired trumpets, while still retaining the signature synthpop sound we’ve come to adore them for with past singles such as Clueless, Baby Forget It and The Way I Loved You.

For the first time, the release also incorporates their native tongue. Previously, they had been hesitant about including Spanish in their music because they didn’t feel “American enough for Americans or Mexican enough for Mexicans.”

“When we were in the studio, I started singing in Spanish over the chorus it just felt so right so we decided to go for it,” Vic told GAY TIMES. “Singing in Spanish makes my heart happy and I’m super proud of this song.”

REYNA wrote the song after basking in “the most VIP experience of our lives” at the music festival of the same name last year.

Vic added: “We had so much fun and really got to soak in everything about Coachella. During that time I was also going through a really hard time in my relationship. It felt like it was the beginning of the end between her and I.

“So Coachella reminds me of that time when we were trying to be okay but it just didn’t last.”

REYNA originally planned to travel to their hometown of El Paso Texas and have their grandmothers star in the video, as another way of honouring their heritage, but their plans were halted due to concerns over the coronavirus pandemic.

Instead, they filmed the visual in Vic’s bedroom and included “images of dreamy places and things that we would like to do when this quarantine is over.”

Coachella is a historic moment for the band as it marks their first release since being signed to Cosmica-Artists.

“Cosmica had been in our radar for a while because we love The Marias and other Latinx artists who are on the label. Feeling a little brave we sent the demo for Coachella and they loved it!” Vic explained.

“Really looking forward to this new phase for us with Cosmica – I have a feeling it’s going to be great!

Coachella is now available on iTunes and streaming services, and will be included on the duo’s first EP, which is due for release later this year. Listen to the song here on Apple Music and watch the video below.