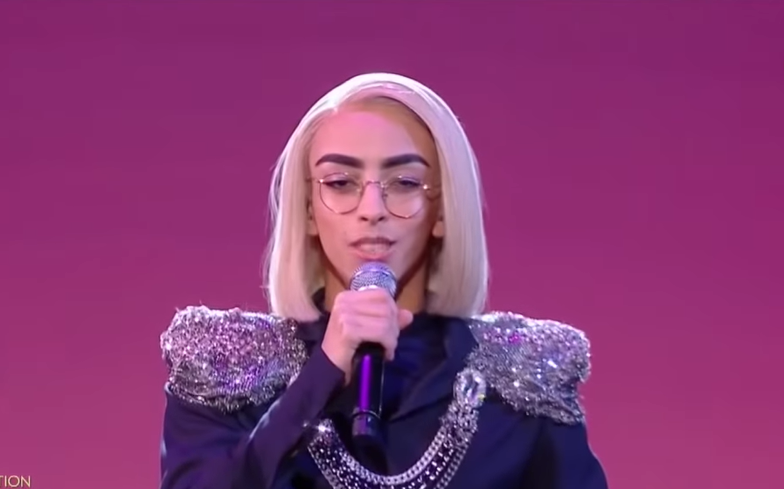 The homophobic abuse against Bilal Hussani became so extreme that two LGBTQ groups are noting every instance and filing reports.

Reports have been filed against people abusing Bilal Hussani online with homophobic abuse. SOS Homophobie and Urgence Homophobie are working together to make sure that every single tweet is reported.

Hassani is a French singer, and following last night’s Destination Eurovision, he was named as France’s entry for the 2019 competition will be held in Tel Aviv, Israel.

In a joint statement, the two organisations wrote: ““Following the shocking wave of hatred facing Bilal Hassani, SOS Homophobie and Urgence Homophobie are teaming up to target every person who has insulted, discriminated or threatened Bilal Hassani on social networks.

“The words that can be read against him are unworthy, unacceptable and will not go unpunished.”

The groups say that they have already identified more than 1,500 tweets targeting the singer because of his sexual orientation or appearance.

The statement goes on to say: “All these tweets will be subject to complaints. all without exception. We’re not going to let anything go. Bilal Hassani is an example to many young people: he is owed respect. Shame must change sides.”

“Lesbophobia, transphobia, biphobia, but also racism, homophobia and Queerphobia are not an opinion, but a crime.”

SOS Homophobie confirmed that they have filed 213 complaints of hate speech against the singer.

In October, LGBTQ groups took to the streets of Paris today to protest the recent rise of homophobic attacks in the capital. The protest comes following the third homophobic attack in just over one month.

The protests were organised by the groups SOS Homophobia and Inter-LGBT, and the protests called for “concrete” action to be taken to tackle the problem. One of their suggestions is a national awareness campaign on the issue.