Rebel Wilson responds to almost being outed by an Australian newspaper 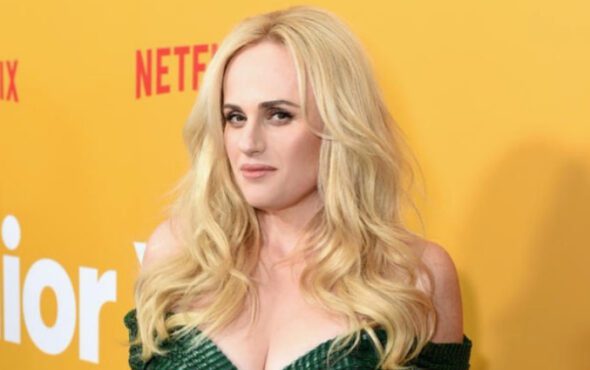 Rebel Wilson has responded to almost being outed by an Australian newspaper.

On 9 June, the Pitch Perfect star made headlines when she confirmed her romance with Lemon Ve Limon founder Ramona Agruma.

But two days after her landmark post, it was revealed that the Bridesmaids actress was seemingly forced to come out by an Australian newspaper.

On 11 June, The Sydney Morning Herald published a now-deleted opinion piece from columnist Andrew Hornery. In the article, he revealed that the newspaper had planned to run a story on Wilson’s relationship with Agruma before she could come out on her own terms.

“In a perfect world, ‘outing’ same-sex celebrity relationships should be a redundant concept in 2022. Love is love, right? As Rebel Wilson knows, we do not live in a perfect world,” he wrote.

Hornery also said that warning Wilson of the story was a “big mistake” and that her coming-out post “gazumped the story.”

Shortly after the article went live, Hornery and The Sydney Morning Herald received immense backlash from social media users – with some calling the article “disgusting.”

On 12 June, Wilson ended up addressing the eye-opening situation via Twitter.

“Thanks for your comments, it was a very hard situation but trying to handle it with grace,” the Senior Year star wrote.

On 13 June, Hornery released an apology to Wilson via another opinion piece on the publication’s website.

Thanks for your comments, it was a very hard situation but trying to handle it with grace 💗

“I genuinely regret that Rebel has found this hard. That was never my intention. But I see she has handled it all with extraordinary grace,” he wrote.

“As a gay man I’m well aware of how deeply discrimination hurts. The last thing I would ever want to do is inflict that pain on someone else.”

Later in the piece, Hornery said that his “tone” within his previous article was off.

“I got it wrong. I allowed my disappointment to cast a shadow over the piece. That was not fair, and I apologise,” he concluded.

“To say that the Herald “outed” Wilson is wrong. Like other mastheads do every day, we simply asked questions and as standard practice included a deadline for a response,” he wrote.

However in response to Shield’s statement, social media users slammed the editor for doubling down on the aforementioned piece.

One user wrote: “Bevan Shields could have publicly apologised to Rebel Wilson, but instead he doubled down on why he oversaw the exploitation of her sexuality and gross invasion of her privacy.”

Another user tweeted: “Bevan, issues like the way you have treated Rebel Wilson are exactly why subscribers are leaving @smh. Gutter journalism at its finest.”