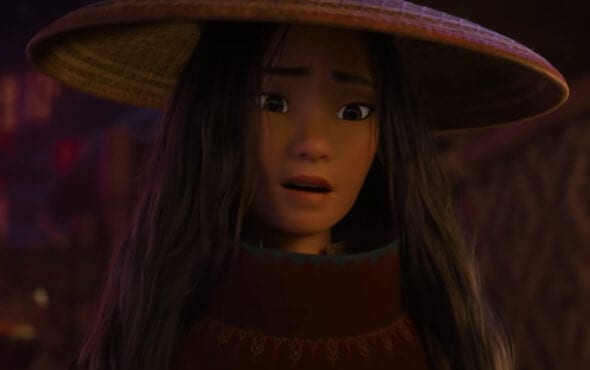 Kelly Marie Tran, who plays the titular character of Raya, discusses her character’s sexuality in a new interview with Vanity Fair.

In the interview the actress discusses Raya’s sexual orientation, stating: “I think if you’re a person watching this movie and you see representation in a way that feels really real and authentic to you, then it is real and authentic.

“I think it might get me in trouble for saying that, but whatever.”

Since the film’s release fans have been pointing out the chemistry between Raya and her rival Namaari.

Even though their sexualities aren’t explicitly identified, fans have gone to Twitter to share their thoughts on how their relationship can be perceived throughout the film.

One user tweeted: “So i just watched Raya and, just so we’re all on the same page here, Raya and Namaari are absolutely girlfriends right? Like that was pretty gay Disney ngl.”

// Raya and the Last Dragon spoilers
.
.
So i just watched Raya and, just so we’re all on the same page here, Raya and Namaari are absolutely girlfriends right? Like that was pretty gay Disney ngl

In the interview, Kelly Marie Tran also expressed her hopes for the future of LGBTQ+ representation in media.

“I want to live in a world where every single type of person can see themselves in a movie like this,” she explained. “There’s a lot of work to be done in that respect. I’d love to see a Disney warrior who – I don’t know, can I say this without getting in trouble? I don’t care – is openly in the LGBTQ+ community.

“I would love to see representation in terms of someone who maybe isn’t able-bodied. And I’m hopeful. We’ll see.”

Over the years Disney has introduced more LGBTQ+ representation with some LGBTQ+ characters featured in major films like Onward, Avengers: Endgame and Star Wars: The Rise of Skywalker.

Although there has been a slight increase in LGBTQ+ representation, many of the characters presented are not in lead roles.

Last year, Disney CEO Bob Chapek promised that the company will have an “increased commitment” to LGBTQ+ characters and telling LGBTQ+ stories. He made the comments after being asked a question by an anti-LGBTQ+ activist.

“At Disney, we strongly believe we should reflect in our creative content the diversity that we find in our fanbase and our audience. And I believe that will continue with an increased commitment as we move forward,” he said.

“We want to represent our audience. We believe we want to tell stories that our audience wants to hear that reflects their lives.”

You can watch Raya and the Last Dragon in select cinemas and on Disney+ now.