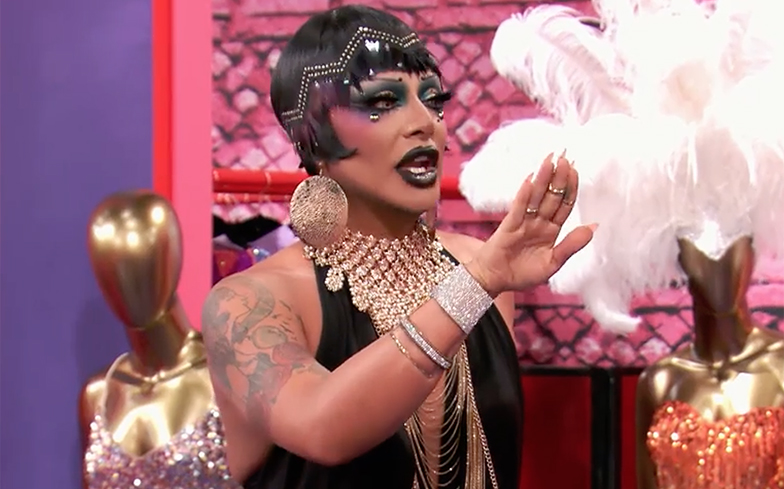 But behind the scenes there was another Drag Race fan favourite helping the celebrities with their makeup – season two and All Stars one queen Raven.

While her scenes didn’t air on TV, the official Drag Race Instagram account has uploaded a deleted scene where Raven talks to the three celebrity contestants about their makeup and gives them advice on slaying the competition.

Watch the bonus scene here or below.

Another legendary Drag Race queen, Shannel, recently got her own deleted scene shared online after it emerged she – along with Mayhem Miller and Laila McQueen – had done the celebrity contestants’ makeup in the premiere episode last month.

She wrote at the time: “Showbusiness is a funny business. I started my career as a makeup artist and a performer and have been blessed to have a wild ride so far. For whatever reason, my appearance on Celebrity Drag Race was cut.

“And although, I am unsure as to why, I was fortunate enough to work amongst amazing talented people and my Drag Race sisters as a makeup artist on the full season of Celebrity Drag Race. I hope you enjoy it as much as I enjoyed being apart of it.”

RuPaul’s Secret Celebrity Drag Race follows 12 celebrity contestants as they vie for the title of America’s Next Celebrity Drag Superstar, as well as a cash prize of $30,000 doollahz, which will be donated to the charity of their choice.

The premiere saw the debut of former guest judge Nico, as well Riverdale alum Jordan Connor and comedian Jermaine Fowler. It was a highly entertainting episode, but reaction from fans was mixed – see more here.

The series will run for two more episodes, and airs every Friday after the main edition of Drag Race. UK fans can watch on Netflix, while those in the United States can catch it on VH1.