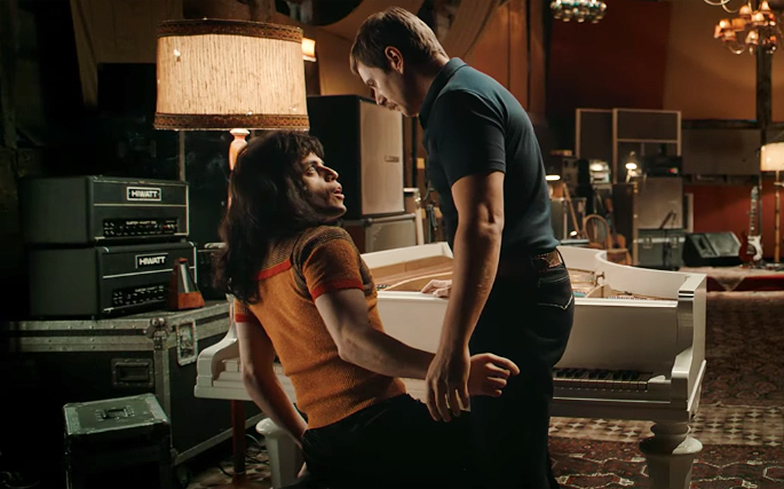 Rami Malek says he “pushed” for Freddie Mercury’s same-sex relationships to be included in Bohemian Rhapsody.

The riotous Queen biopic, which tells the story of the band’s stratospheric rise to fame, faced criticism before it was even released over concerns that the film would tone down Freddie’s sexuality and gloss over his tragic death at the hands of AIDS.

Fortunately, the film addressed both matters, although some viewers believed that Freddie’s bisexuality was erased, especially following a scene where his former fiancee Mary Austin told him, “Freddie, you’re gay,” when he said he was bisexual.

Others criticised the fact that his loving long-term relationship with Jim Hutton, who stayed with the singer until he died, was relegated to a few short scenes in the film.

“I totally understand,” actor Rami told USA Today when faced with criticism that the film watered down his sexuality and his relationships, explaining that time constraints were the main reason that these factors couldn’t be explored more.

“He had a beautiful relationship with Jim Hutton, and we had a finite period in which we wanted to tell this story,” he said.

“Believe me: There were conversations left and right about how to incorporate more of that story into this film.

“It was something I pushed for, to be quite honest, as much as possible and repeatedly brought to the attention of producers and directors and everyone who would listen.”

In a previous interview with LGBTQ website Into, Rami was asked wether or not he believes Freddie is a gay icon, to which he gave the unusual answer: “If he’s an icon to one, theres no reason it requires another adjective, as far as I see.”

But now, following backlash from Freddie’s queer fans, Rami is happy to call him a gay icon.

“Freddie Mercury is a gay icon, and he’s an icon for all of us,” he continued. “I hope people do not feel that the film does a disservice to the community, and if it were me, I would’ve loved to have incorporated more.”

Watch the trailer for Bohemian Rhapsody below.