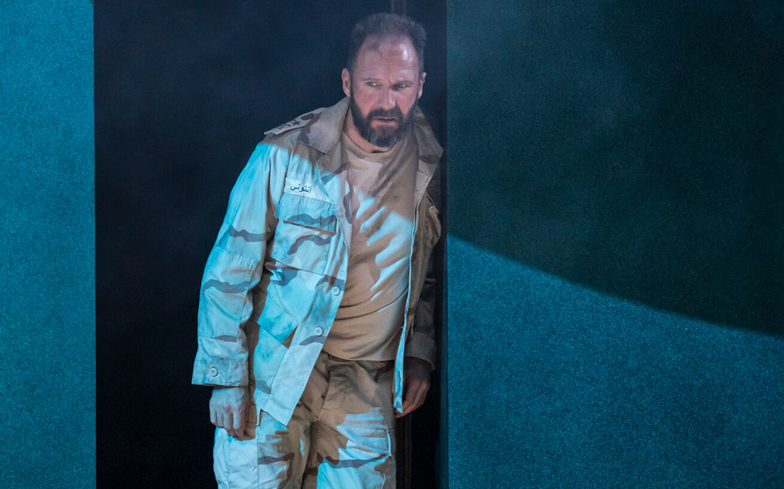 Simon Godwin’s modern-dress production of the Shakespearean epic proves a lengthy but ultimately rewarding evening at the National Theatre.

For those unfamiliar with Antony and Cleopatra, it is worth noting that it requires quite a substantial time investment – it weighs in at a hefty three-and-a-half hours. While this may look like a modern twist on the play – the actors wear contemporary clothes, news reports are provided by TV screens, guns are used in the war – it remains faithful to the text. This text is interpreted in an intelligent way with a surprising amount of humour, although does include some awkward battle scenes and an ending which rather overstays its welcome.

Criticism of the play itself aside, this is an impressive and engrossing new staging. The two leads shine throughout, with Sophie Okonedo as Cleopatra stealing the show during the first half, while Ralph Fiennes dominates as Antony after the interval. Both turn in impressive, nuanced, multi-layered performances, and are supported throughout by an impressive supporting cast.

A special mention must be made for Hildegard Bechtler’s set design – making full use of the Olivier’s rotating stage, her creations regularly tower over the actors, pivoting and twisting over the course of the play to create interesting and varied new spaces. There are a handful of impressive set-pieces too, including the water in Cleopatra’s Egyptian abode being used to both amusing and alarming dramatic effect, while the use of a real snake on stage at one point adds a sense of danger and peril to proceedings.

Antony and Cleopatra is a bit of a hard sell due to the length of the play – 42 scenes in all – and a finale which unfolds rather more slowly than we’d like. Those issues aside, however, this is an impressive new production, beautifully staged with strong acting throughout. Well worth a visit.