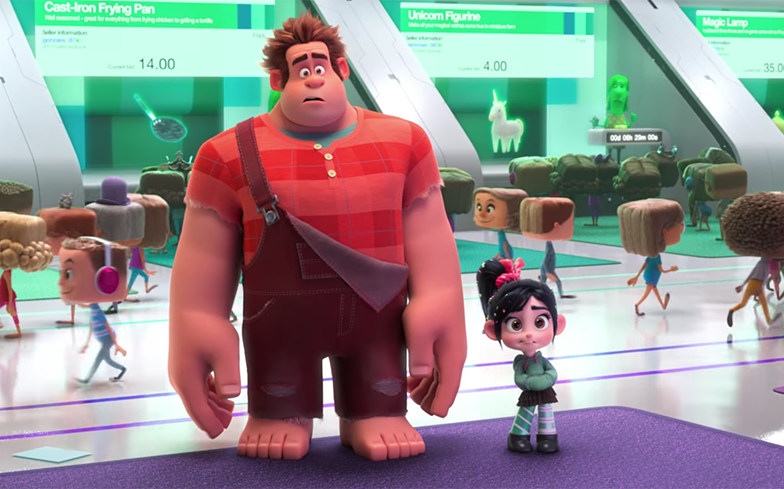 And as the name implies, Ralph won’t be confined to just video game arcades this time around.

Disney has just released the first trailer for Ralph Breaks the Internet: Wreck-It Ralph 2. In the trailer, an elderly man plugs a WiFi router into the socket, allowing Ralph and Vanellope von Schweetz to visit the internet.

The movie’s plot revolves around Ralph and von Schweetz trying to find a replacement part to fix von Schweetz’s game, Sugar Rush. However, they’re going to have to navigate around the perils of the internet, like cat memes and clickbait.

However, they won’t be the only ones this time around. James Corden has been cast in a role that’s yet to be announced, and joining the cast will be a whole host of Disney princesses. Characters like Belle, Princess Jasmine and Mulan will be portrayed by their original voice actors, while characters like Snow White and Cinderella will receive new ones.

Related: Edna Mode is back in the brand new trailer for The Incredibles 2 – watch here!

Characters from Star Wars, like C-3PO and R2-D2, alongside Marvel characters like Iron-Man and Gamora are also set to appear in the movie.

The film is set to release in November.