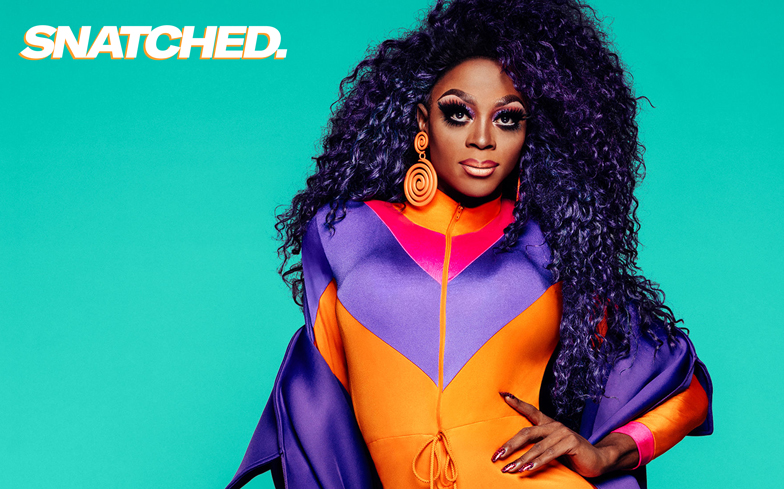 Ra’Jah O’Hara had a difficult time on RuPaul’s Drag Race.

While she managed to make a name for herself as season 11’s lip sync assassin, Ra’Jah was told to sashay away after the Farm To Runway challenge in episode seven (although, for the record, we thought her headpiece and green ponytail combo was sickening).

“My experience on Drag Race was rough and I got really down on myself to where I couldn’t really showcase me at my best,” she tells us of her elimination. “So I regret not showing fully what all I’m capable of.”

We recently caught up with the Ra’Jah to talk about her elimination, why the ‘lip sync assassin’ title is a blessing and a curse, and who she would’ve done for Snatch Game if she stayed.

Hi Ra’Jah! How are you feeling after your elimination?
I’m actually doing great! Having to relive that moment wasn’t as hard as I thought it was gonna be. I’m quite proud of myself for even putting myself out there for the world to judge.

Do you think you deserved to be in the bottom for your look?
Hell no! Did you see some of those other looks? I seriously thought I was gonna place high for that challenge, but halfway during the runway I felt a tear happening at my knee and I knew I was in danger. Is there anything you regret not showing?
My experience on Drag Race was rough and I got really down on myself to where I couldn’t really showcase me at my best, so I regret not showing fully what all I’m capable of. I have a background in art: I sing, I dance – yes, I actually went to college on a full scholarship for dance – and I can act, and not just a damn fool.

You were this season’s lip sync ASSASSIN. How does that feel?
Having the title lip sync assassin is a blessing and a curse. On one hand, it’s good because it just speaks to the dynamic entertainer that I am, but on the other hand, it means I performed the worst in the competition, which landed me in the bottom multiple times to the point where I had to continuously lip sync for my life.

What’s the secret to a perfect lip sync?
First thing is knowing the words to the song, then fully embodying the character, feel and mood of the song.

You seemed quite upset with Plastique during Untucked – what was going through your head at the time?
Honestly, I was a bag of emotions that day. Like I said, I wasn’t doing well and really in my feelings and sadly I flipped out on my sister. My emotions really had nothing to do with her. It had everything to do with what I was going through and being in a competition, not having loved ones to speak to or even having an outlet to release and work through what I was feeling. I was hurt. You also called out Scarlet for saying your name on the runway – how is your relationship now?
I love me some Scarlet Envy. We’ve made up but I know she may feel some type of way seeing everything back on TV, so we shall see!

We have to know… who were you going to do for Snatch Game?
Man, I’m so sad I didn’t get to participate in the Snatch Game but I had a few characters picked out. My top picks were Grace Jones and Latoya Jackson.

Who are you rooting for out of the remaining queens?
I’m definitely rooting for my sister A’keria C Davenport. She is so dynamic and talented that if it can’t be me, she is IT! Keep that crown in the family, baby, and bring it home for Texas.

What’s next for Ra’jah O’Hara?
So many great things are in the works. I have some music coming and a few fashion projects. But I’m focusing my energy into preparing for DragCon LA.

What about All Stars?
Baby if I get that call, I’ll definitely go! I have to prove myself and show the world who I really am.