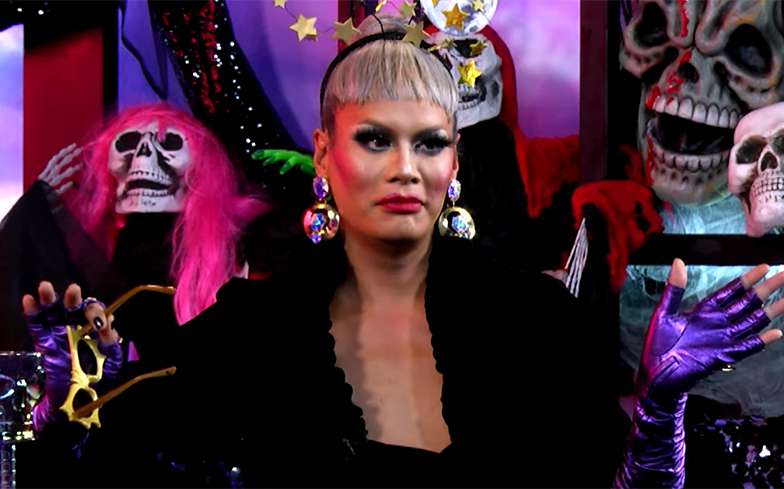 “Longetivity is in some good fucking manners.”

Raja has shared the secret to her longevity: she’s NICE.

The legendary performer, who won the third season of RuPaul’s Drag Race, appeared on the Halloween-themed version of Johnny McGovern’s digital series Hey Qween and spoke about the attitudes of the show’s current contestants.

“I was on RuPaul’s Drag Race nine years ago, almost ten years ago,” she began.

“I am so thankful, so grateful, I am so lucky to get to do what I’m doing and I’m still travelling. Do you wanna know why? It’s because I have some fucking manners. New queens need to learn this. Where are the cameras at?”

Raja then addressed the camera and sent the following message to the new crop of girls: “Queens: get some fucking manners. Just be nice. Go on the road, be nice to people and your fans. You’ll for sure be working nine fucking years later.”

She added: “Some of you I can’t say that about. Be smart about it.”

When asked by Johnny if this has been a recurring issue over the years, that queens have “believed their own hype”, Raja responded: “Sure. I’m just telling you from my experience, and I’m telling you longevity is in some good fucking manners.”

Raja also reveals who she’d “kiki, kaikai and kill” out of her fellow Drag Race winners – watch below.