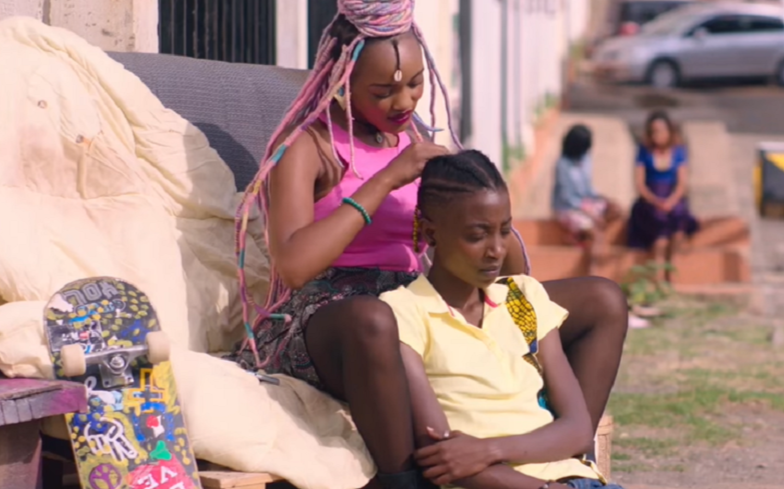 Wanuri Kahiu was able to secure a temporary release for Rafiki, but now she’s campaigning for a permanent release.

The director of the lesbian film, Rafiki, is now campaigning to secure a permanent release for her film. Kahiu started legal proceedings against Kenya after they banned the movie from being shown in the country.

Judge Wilfrida Okwanny ruled that the film could be temporarily shown in the country, in order for it to meet the Academy Award guidelines, and be submitted for consideration for the Best Film in a Foreign Language category.

In her ruling, Judge Okwanny said: “I am not convinced that Kenya is such a weak society that its moral foundation will be shaken by seeing such a film. Gay themes or the practice of homosexuality did not begin with Rafiki.”

Even though the film was only available in Kenya for seven days, it became the country’s second-highest grossing film in its history.

Speaking at a screening of the film in London, Kahiu spoke of her plans for a continued fight to get the film permanently released as well as the film’s meaning. “We went to court to say, can you please let it run for seven days so it can qualify to be an Oscars submission? That’s how we go the ban lifted [temporarily], which was great,” she said.

“The judge made it super clear, she said, ‘I don’t think Kenyans will have an issue with this film.’

“There’s this new East African word called ‘gayism,’ and the conversation was about that, how this film is promoting and spreading ‘gayism.’ The judge said, ‘No, you don’t catch it,’ and lifted the ban.”

She then added: “We’re going back into court to continue to fight for the larger freedom of expression case [to secure a permanent release]. We have a really young constitution but our constitution hasn’t been tested yet. Freedom [of] expression is one bit. Kahiu then said that she didn’t see herself as an activist, explaining: “I never considered myself an activist… but my work became work that you needed to advocate for. I was pushed into a space where I had to advocate for the work I was creating.”

She then spoke of the reason behind why the film is called Rafiki, which translates from Swahili to friend. “The reason we called the film Rafiki is that so often when same-sex couples in Kenya are in a relationship, they can’t refer to themselves as what they truly are,” she said.

She added: “What’s been really curious about it is the concept of erasure, or the idea that we refuse to see people, has been quite a challenging thing to approach. How can you deny that people exist?

“When the film came out and was banned, I felt very much it was denying the existence of people and trying to erase them out of history and out of the present. Those things were quite a concern to me.”

She dismissed the politics of the film, saying: “Also the idea of politicising love. If you’re a straight, white couple, it’s not political. Love is not political. Any other point that you start othering people, it becomes more and more political.