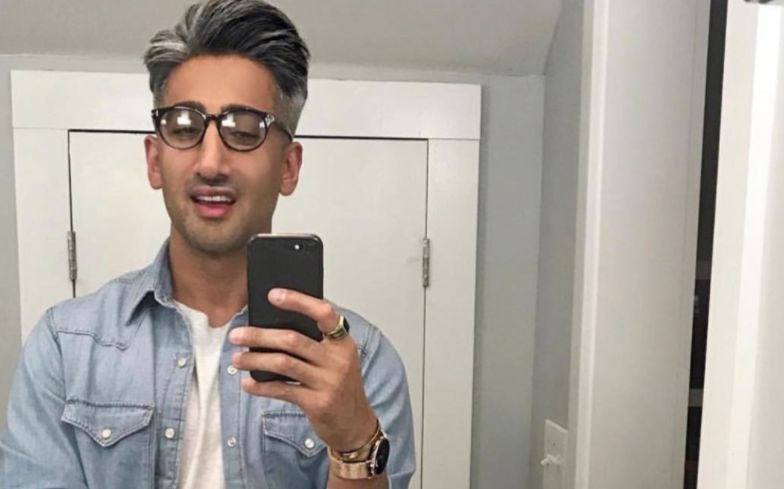 The fashion guru admitted that in certain countries he’ll pretend not to be married so he can stay safe.

We’ve all been loving Netflix’s reboot of Queer Eye, with fans now waiting for the next series following the end of this one’s eight-episode run.

And speaking to Conde Nast, fashion guru Tan France opened up about the series, and travelling abroad. France often travels to Shanghai for work, but he admitted that he hides his sexuality when in the country.

“As a gay man, there are certain places that I avoid. When I go to China, I lie and pretend I’m not married, which is really sad—I leave my ring at home.

“But I’m not willing to risk my safety in a country that could cause me no end of problems or where it’s illegal to be gay. I’m very aware of the places I can travel to safely and where I cannot.”

France also said that he “probably” wouldn’t return to his home country of Pakistan following the broadcast of the series. “I don’t know if it’s illegal to be gay or they just turn a blind eye, but I wouldn’t risk it.

“The exposure the show has and the fact that I’m very open about who I am makes it a security risk. But I do love Pakistan, and I went many, many times before the show.”

It is currently illegal to be gay in Pakistan, with the maximum punishment being two years in jail. However, the country has been making reforms which benefit the transgender community.

France also spoke about the power that the show has. “For me, the show was so much [more] than just “I want to make things pretty” or “I want to put someone in a floral shirt.”

“I have a very specific agenda on this show, and that’s showing people that I’m just as worthy of love as my white counterparts—my white, straight counterparts. When I go into these conversations with these men, it’s to educate them on who I am.

Speaking about the next series of Queer Eye, France revealed that he didn’t know where they would be filming because “Netflix is so tight about this stuff.” Although he admitted that was because none of the group could “keep a secret.”

“They keep telling us “You can’t say this” and then the next week it comes out that one of us has told someone, and they can’t figure out which one of us it was.”