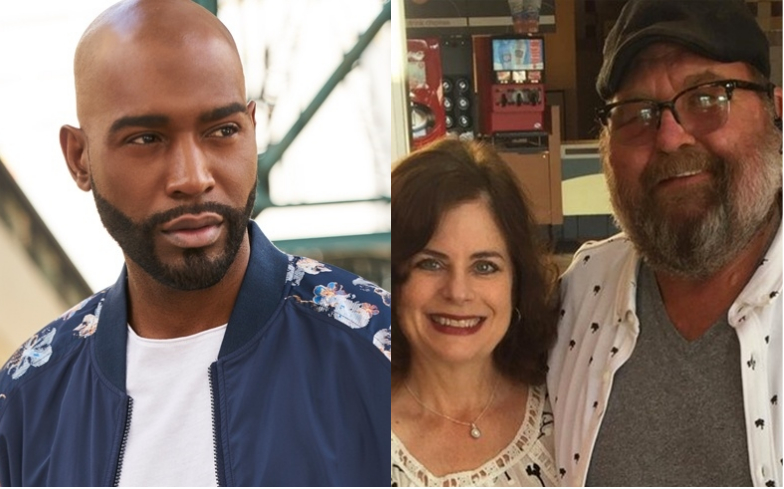 One of the more heartwarming stories from last season’s Queer Eye was that of Tom and Abby.

Tom Jackson wanted the Fab 5 to help him gain confidence so he could win back his ex-wife Abby Parr. However, resident culture expert, Karamo Brown revealed in an interview with Entertainment Weekly that the reunion nearly didn’t happen.

In the interview, Brown admitted that he had already helped Tom redesign his online dating profile, and had taken him out “to meet different women to learn how to talk to him, to build his confidence,” in a speed dating like scenario.

However, the focus of the episode shifted after Tom made an offhand remark to food and drink expert Antoni Porowski, and the chef realised that Tom was still in love with Abby.

Brown said that Antoni had “shifted” that episode, saying: “Antoni catching that one [comment where Jackson mentions Parr] literally cut my scene out, which I’m happy about… All of a sudden we are on a bench and I’m like, ‘Call your ex-wife!’ [to invite her to the car show].”

Porowski downplayed his importance, saying: “We all have those discoveries in one episode or another.”

Related: The guys from Queer Eye just released a fierce music video with Betty Who “It’s official, Abby and I are engaged,” Tom wrote on Twitter. “What a Netflix special [that] would be if the Fab 5 planned and attended our wedding!” However, it seems Netflix may not have ran with this, as the pair have since married in Gatlingberg, Tennessee.

As for the next season, one of the Fab 5’s wishes have been granted as they’ll be making over a transgender man. The news was revealed in an interview with Entertainment Weekly.