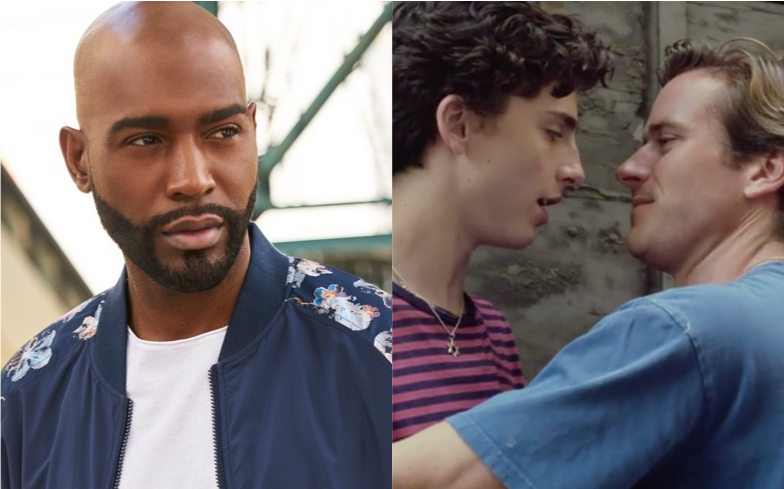 The Queer Eye star called the Oscar-winning film “problematic” due to the age gap between Elio and Oliver.

In an interview with Insider, Queer’s Eye resident culture expert Karamo Brown criticised Call Me By Your Name due to the “problematic” relationship between the two protagonists.

Brown, who had previously worked with victims of sexual assault in his old job as a therapist, said: “I’ve worked with many survivors of sexual assault, especially in the LGBTQ community, which oftentimes goes unreported. And so the minute I saw that movie, I thought, ‘Here we are glorifying this sort of relationship.'”

He added: “I know we’re calling him a college student, but it looks like a grown man having sex with a little boy. And for me, I just was not OK with that. And I was like, ‘Why are we pretending like this is OK in any sense? Fashion or form?'”

Brown went on to say: “I haven’t read the book, but I understand that the college student character is like, 19 years old. And so the relationship between him and this 17-year-old boy — I guess it ‘makes more sense,’ and I’m doing air quotations there.” It should be noted that Oliver is 24 years old in the book.

Related: Queer Eye’s Karamo Brown is here to break down stereotypes around masculinity

He continued, saying: “But there is predatory behavior there that I see, especially in the movie, where Armie Hammer looks dramatically older than this young man.

“I think to myself, ‘If that was an older man, or a perceived college student who looked that much older with a 16 or 17-year-old girl, we would have all had a hissy fit.’

“We would have recognized that this is a problem. But for some reason, because it was two men, we’re just like, ‘Oh, well this is just exploration.'” Armie Hammer, who plays Oliver in the film, has defended the age gap between the characters before. “We weren’t trying to make some salacious, predatory movie,” Hammer told the Hollywood Reporter. “The age of consent in Italy is 14. So, to get technical, it’s not illegal there.

“Whether I agree with that or not, that’s a whole ‘nother Oprah, you know? Would it make me uncomfortable if I had a 17-year-old child dating someone in their mid-20s? Probably.

“But this isn’t a normal situation: The younger guy goes after the older guy. The dynamic is not older predator versus younger boy.”

Brown was also critical of the casting, with both main characters being white and played by straight men. “I’m tired of this continued narrative of pretty white boys as the only representation of the LGBT community,” he said.

“Every movie is like, ‘Look! I’m a pretty white boy and my life is hard but maybe it’ll get better!’

“I understand this was based on a book, but what about if that would’ve been a young woman who was a lesbian? Why couldn’t it have been a young trans man? Let’s get more representation.”

Speaking about trans actors not getting roles, he also slammed Victoria’s Secret for their comments on trans models. “Give trans actors the opportunity to play trans people. They already aren’t given the opportunity to play other roles, and especially when you have brands like Victoria’s Secret saying, ‘We don’t even want them walking in our runway show,’ and now we’re saying they can’t even play their own authentic experience?”

Related: Queer Eye’s Karamo Brown on why he chose to open up about his suicide attempt