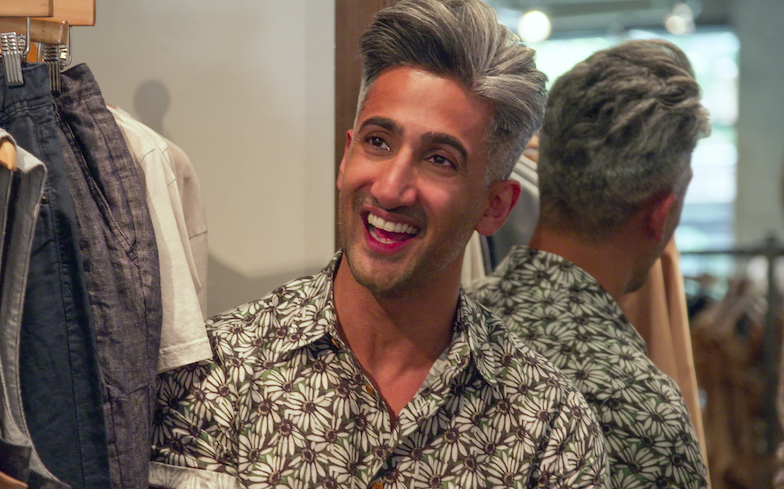 Tan France has been announced as a host for Netflix’s upcoming fashion-centric reality programme.

The Queer Eye star has joined forces with designer Alexa Chung for Next In Fashion, which will focus on 18 designers as they compete for a cash prize of $250,000.

Netflix said in a statement: “Next in Fashion begins with eighteen designers who face challenges centring on a different trend or design style that has influenced the way the entire world dresses.

“These talented contestants have worked for major brands and dressed A-list celebrities, and will now compete head-to-head to see who has the skill, originality and determination to win the grand prize: $250,000 and an opportunity to debut their collection with luxury fashion retailer Net-a-Porter.”

The 10-part series will feature a host of several cameos such as celebrity stylist Elizabeth Stewart and Eva Chen – children’s book author and director of fashion partnerships at Instagram. Additional cameos will be revealed in due course.

When we spoke to Tan for fifth issue of Gay Times Amplify, the fashion expert said it’s important for him to “represent marginalised communities”, because he had never seen someone like him on a global platform.

“I know we’ve had gay Asian men on TV in the UK, but a gay Asian man in the US on a global show, that hasn’t been done before, and so I don’t just represent Asians for a UK audience, I represent Asians globally at this point, and that’s a lot of pressure for one person,” he explained.

“I still don’t see Far East Asians represented anywhere near enough, especially gay Far East Asians. Yeah, I just didn’t think there would be a time where people would go, ‘Oh, we should probably represent these people also’. So I’m still shocked to be on this show.”

Related: Karamo reveals which Queer Eye member he had “extreme conflict” with in season one.

Related: Watch the Fab Five give a rescue dog a makeover in adorable Queer Eye special.