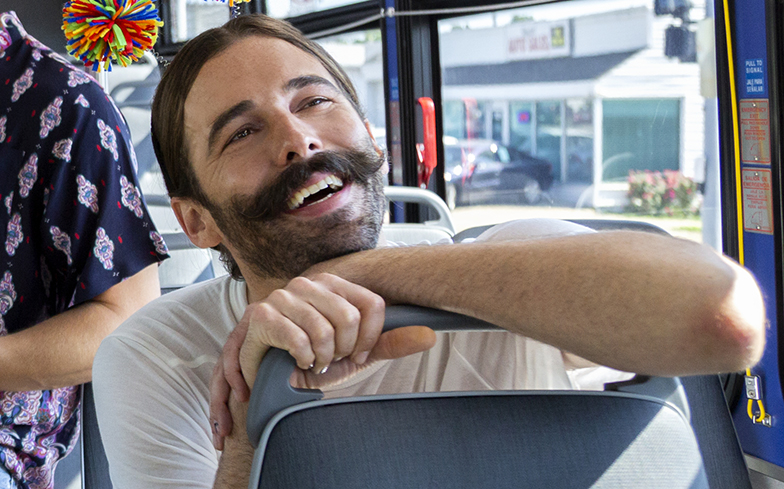 “Any opportunity I have to break down stereotypes of the binary, I am down for it, I’m here for it.”

Jonathan Van Ness has come out as non-binary.

Queer Eye’s grooming expert recently spoke to Out Magazine about Pride Month, his new partnership with essie nail polish, and how he came to terms with his non-binary identity.

“The older I get, the more I think that I’m nonbinary — I’m gender nonconforming,” he revealed. “Like, some days I feel like a man, but then other days I feel like a woman. I don’t really — I think my energies are really all over the place.

“Any opportunity I have to break down stereotypes of the binary, I am down for it, I’m here for it. I think that a lot of times gender is used to separate and divide. It’s this social construct that I don’t really feel like I fit into the way I used to.

“I always used to think “Oh, I’m like a gay man,” but I think any way I can let little boys and little girls know that they can express themselves and they can like be — like, making iconic partnerships with brands like essie no matter now they present is really important and exciting.”

The fan-favourite personality said his “feminine identity” is what makes him strongest, and then cited several powerful women who he wants to emulate such as his mother, grandmother, Gloria Estefan, Celine Dion, Aretha Franklin, Shania Twain and Mariah Carey.

“Growing up, I definitely put on every nail polish, every heel, every scarf — I definitely had my mom’s knock-off Hermès scarves in my hair and around my waist — those were my skirts, and I loved it,” he added.

“As an adult, I really busted out of that, but it didn’t occur to me that when I was doing dances in heels — nothing that I’m doing now — the only thing that’s new about it is that I have a checking account now, and I can buy hotter shoes and cuter looks.”

Jonathan admitted he didn’t realise what the term ‘non-binary’ meant until recently, and although he wants to go by he/him pronouns, he doesn’t feel completely “like a man”.

He then further touched upon the femme-shamming in the LGBTQ community, telling Out: “There’s a lot of it within our community. And either it’s getting better, or I just don’t care as much.

“Within our own community, we need to be more sensitive or kind to each other, just not be like a nightmare on the apps and [instead be] two people in your faces just being kind and gorgeous. But it’s from the other side too.

“Comments come from everyone, but I really feel like if you’re expressing yourself and like that’s what you really feel, then I don’t care. I’m just being who I wanna be.”