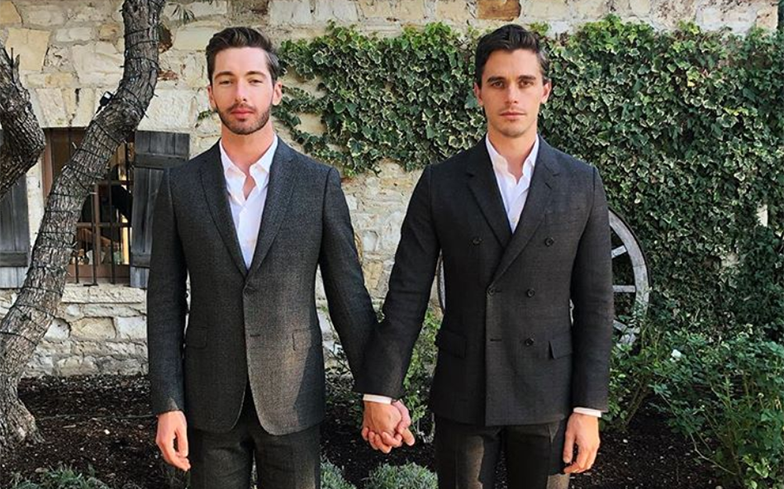 “I’m single now and it’s been a good opportunity to connect with friends.”

Antoni Porowski has split from Trace Lehnhoff after a year of dating.

A source close to Queer Eye’s resident food expert said his relationship with Trace – who currently stars on Flipping Out – “ran its course” and claimed Antoni is “concentrating on his work”.

The reality stars became Instagram official last December after appearing at GQ’s Men of the Year party in Beverly Hills, California. It came just a few months after Antoni broke up with long-term partner Joey Krietemeyer.

In a recent interview with People, Antoni said: “I’m single now and it’s been a good opportunity to connect with friends.

“I’ll make food for them and we’ll all hang out in the kitchen.

“We’ll nosh on like a cheese and charcuterie board and then I’ll make a dish. Then we sit down and enjoy it.

“That’s my very favorite. Being able to be free and have fun with friends is the ultimate luxury these days.”

Earlier this month, it was rumoured that Antoni was romantically involved with his Queer Eye co-star, Jonathan Van Ness.

Karamo Brown appeared to confirm that the pair were dating in a comment on Instagram, writing: “For all who are asking. It’s real. They are a couple and in love. First Fab 5 couple.”

While fans were elated by the apparent ‘confirmation’ that two of their favourite celebs were dating, both Jonathan and Antoni clarified that they are not in a relationship, and that their shared Instagram account is meant to be satirical.

“For clarification, Antoni & I are a couple… of very close friends who run a satirical couple account and may fall in love someday, but that day is not necessarily today,” Jonathan wrote on 31 July.

Related: Queer Eye star Karamo says Harry Styles was “taught” how to use Grindr in Japan.