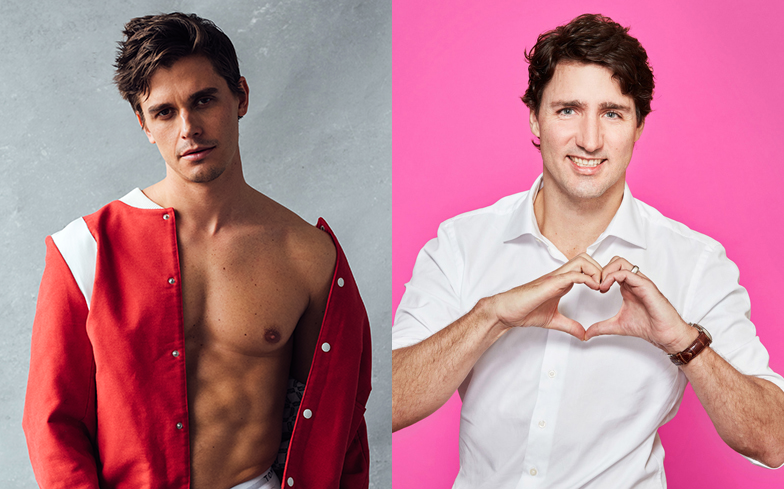 Canadian Prime Minister Justin Trudeau showed his support for the LGBTQ community over the weekend, as he marched in Montreal Pride with Queer Eye star Antoni Porowksi.

The pair – who were accompanied by Trudeau’s wife Sophie Grégoire-Trudeau – waved rainbow-coloured flags during the parade and took photos with several spectators.

At a Liberal party reception, the former Gay Times cover star – who also hails from Montreal – told Trudeau about his history with Pride events.

He admitted: “I kind of stayed away from it. [Now] I’m understanding the definition of the word ‘visibility,’ I think we really can’t undermine the importance of it.

“Just by showing up, and being myself and who I am, and representing myself as part of the LGBTQIA+ community… I take that very seriously.”

Trudeau also urged the audience to love and not tolerate, which was met with thunderous applause.

After the event, Antoni tweeted: “Thank you Montreal for opening your streets for Pride as we marched for the love and equality we ALL deserve. A bientôt.”

He also captioned his latest Instagram photo: “Today happened. Proud to be a Canadian and grateful for the freedom to walk with pride, safely. Thanks.”

Thank you Montreal for opening your streets for Pride as we marched for the love and equality we ALL deserve. A bientôt 👋🏼🏳️‍🌈❤️ pic.twitter.com/at24V9TDJx