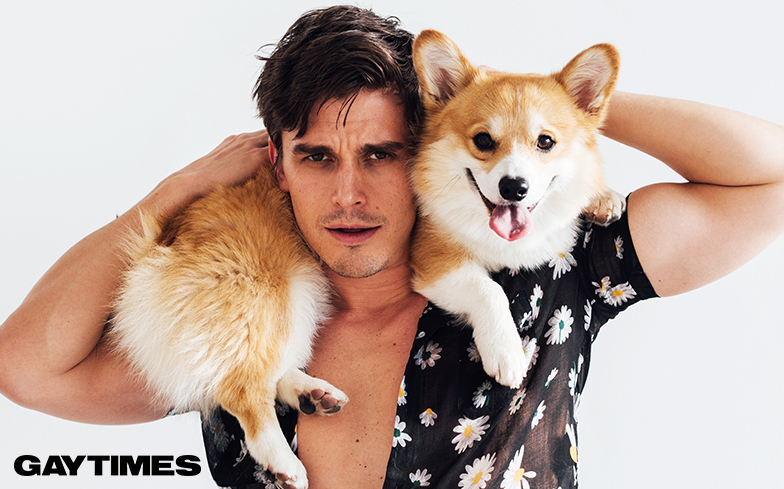 One of Netflix’s biggest success stories of the year so far hasn’t been some big budget period drama (though we do love those), but rather five queer guys running around Atlanta spreading their magic.

The reboot of Queer Eye has become somewhat of a pop culture phenomenon, winning over audiences all over the globe with its infectious feel-good sentiment during a time when the world is a bit of a shit place to be.

One of the breakout stars from the show is Antoni Porowski, who serves as the food and wine guy. He is also serving it on the new cover of Gay Times, which is available to pre-order here.

The 34-year-old – who lives in New York City with his partner – has become the resident heartthrob, with many guys and girls wishing he’d come over to show them how to make guacamole sometime.

But when we spoke to Antoni for his cover feature, we were interested to hear about his view on his own sexual identity – especially as the show is called Queer Eye, not Gay Eye.

Queer identity has become more widely recognised as an umbrella term for sexual and gender minorities, which includes the full spectrum of the LGBTQ initialism.

So, does Antoni like to use labels to define who he is? “I’ve always considered myself a little more fluid along the spectrum,” he tells Gay Times. “So even being called bisexual… I remember in my early twenties I was like, ‘But bisexual means I can only like girls and guys, what if I like something else?’.

What Queer Eye has done for Antoni, however, is make him feel more comfortable with the man he was always supposed to be.

Hanging around with Bobby Berk, Karamo Brown, Tan France and Jonathan Van Ness has helped him open up and embrace queer culture.