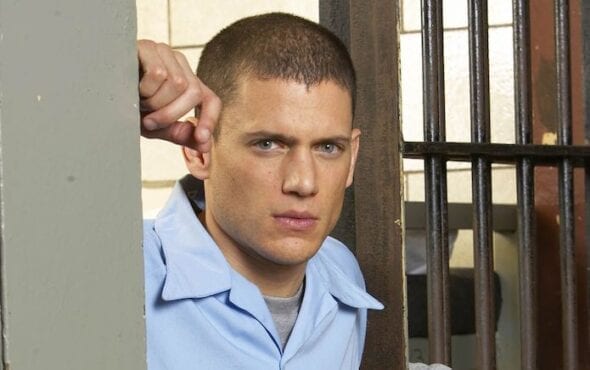 “If you’re hot and bothered bec you fell in love with a fictional straight man played by a real gay one… That’s your work.”

Wentworth Miller won’t take part in the next season of Prison Break.

The American actor, who plays series lead Michael Scofield, explained his decision to bow out of the series in a lengthy Instagram post, citing his lack of desire to continue playing straight characters.

“I take seriously the possibility of queer kids visiting here, recently out of the closet or exploring the idea… I don’t want them exposed to bullshit,” he wrote, before breaking the news: “On a related note… I’m out. Of PB. Officially.”

Miller said he’s not left the series due to “static” on social media – “although that has centered the issue” – he just doesn’t “want to play straight characters” because their “stories have been told (and told).”

The star played Michael for the show’s first four seasons between 2005 and 2008, before returning to the role for a nine-episode revival in 2017.

Although the season wasn’t as well received as its predecessors, a sixth has been heavily rumoured over the past year, with Miller’s on-screen brother Dominic Purcell admitting that he’s keen to return.

“So. No more Michael,” Miller continued in his post. “If you were a fan of the show, hoping for additional seasons… I understand this is disappointing. I’m sorry.

“If you’re hot and bothered bec you fell in love with a fictional straight man played by a real gay one… That’s your work.” Miller came out as gay in 2013 with a letter on GLAAD’s website, where he declined an invitation to attend the Saint Petersburg International Film Festival because of Russia’s LGBT propaganda law.

He said he “cannot in good conscience participate in a celebratory occasion hosted by a country where people like myself are being systematically denied their basic right to live and love openly.”

Since his initial stint on Prison Break, Miller has become well established in the DC Universe for portraying Leonard/Captain Cold on The Flash, Legends of Tomorrow and Batwoman.

During the franchise’s Crisis On Earth-X crossover, Miller’s character made history when he shared a kiss with his partner, Russell Tovey’s The Ray, marking one of the first ever same-sex kisses between two gay superheroes on TV.

You can watch the groundbreaking moment below.