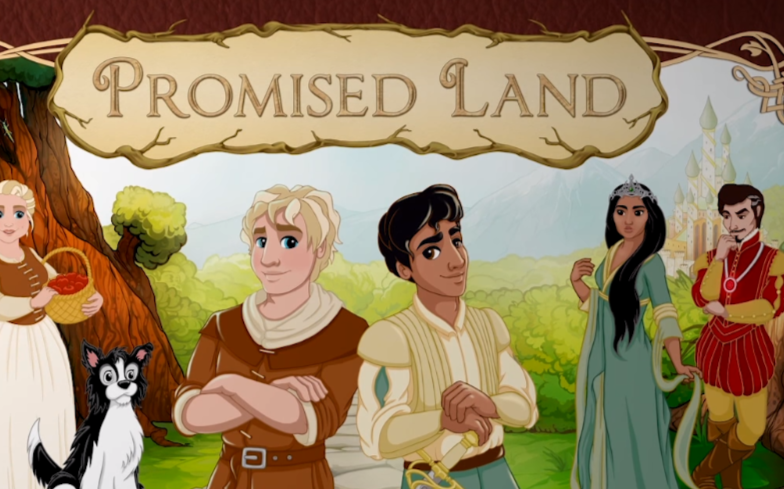 The book was re-released on YouTube for World Book Day.

Promised Land tells the tale of a prince who falls in love with a farmboy. The book was written by Chaz Harris and and Adam Reynolds, and was illustrated by Christine Luiten and Bo Moore.

Speaking to Gay Star News, Harris said: “We know there are a lot of people in our community who are still not aware the book exists.

“By releasing it in full on YouTube, we hope we can raise some more awareness about it and the work we’re doing to make children’s literature more inclusive.”

Speaking about the inspiration for the book, Reynolds said: “We wrote the kind of book we needed when we were growing up, because love is love and everyone deserves to live happily ever after.”

Harris later added: “With the increase in violence and intolerance the LGBTQ community has been experiencing in various countries around the world this past year, we felt it was important to share our story’s message of love and acceptance for all to see.

Related: 10 of the best LGBTQ books for families that you need to read

And this won’t be the only LGBTQ-inclusive children’s book that the pair will work on, as they have revealed plans to write one with two female leads, and a pirate theme, which will be releasing in June.

Speaking about this book, Harris said: “‘As with our first book, we wanted to avoid the ‘damsels in distress’ trope and continue being inclusive of people of color who are still hugely underrepresented in children’s books.

“Girls need to grow up knowing they can be a powerful queen, a brave sea captain or anything else they set their minds to.”

Promised Land is available for purchase from here.