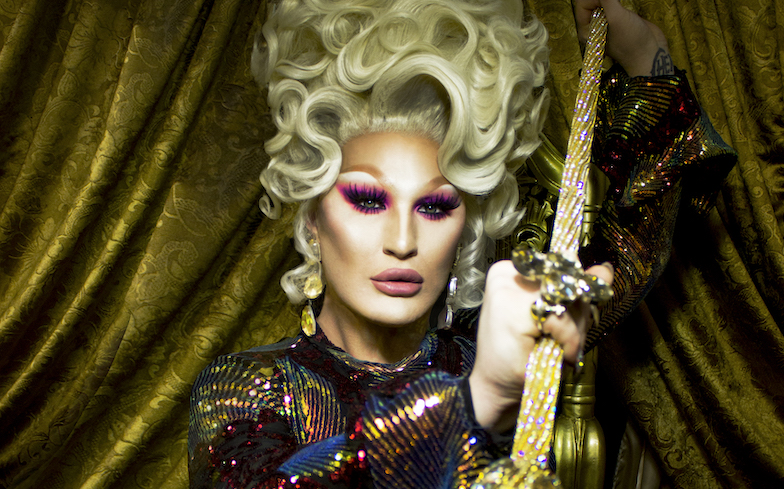 The Vivienne has launched her bid for pop superstardom.

Inspired by the Drag Race UK winner’s love for Pete Burns, Tonight is a thumping club banger with swirling synths and an infectious chorus that’ll make you “sh-shake it up and drop down” before the three-minute track clocks out.

“It’s something I never thought I’d do. When you go on Drag Race, it’s the cookie cutter thing that queens do. You release a single, blah blah blah, but it felt so natural. I never thought it would happen,” Viv tells GAY TIMES.

While other artists have opted to delay music over growing concerns of the coronavirus pandemic, The Vivienne says it’s important for her to release her debut single at this time to help inject some much-needed fun into the world.

“We’re all stuck in the house and the news says gigs might not be coming back until next year, which is expected. Having the single ready to go now, I think it’s a great thing to just lift people’s spirits,” she explains.

When we ask Viv if we can expect some hardcore choreo to match the song’s attitude when the world eventually returns to normal, she jokes: “You saw the girl group challenge on Drag Race, I might not be the best dancer!

“There might be a lot of choreography going on around me while I’m singing it, but who knows? Fuck it, it’s another challenge! Cher manages to do a full-on show just standing there and being Cher, so maybe I’ll take a leaf from Cher’s book!”

She’s also taken her charisma, uniqueness, nerve and talent to Tinseltown for her World of Wonder spin-off series The Vivienne Takes Hollywood, which details her journey from the UK’s First Drag Superstar to a bonafide 80s pop diva.

(You can watch all six episodes on BBC iPlayer right now.)

Tonight is now available on iTunes and streaming services – watch the lyric video below.