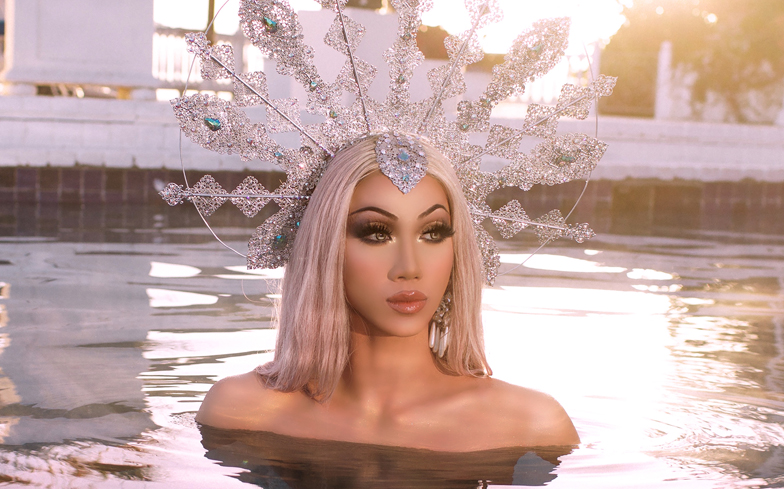 The fan favourite has released her debut single Irresistible along with a suitably glamorous music video, which you can watch her first on Gay Times.

Plastique looks flawless throughout the polished visual, while also pulling out some tight choreo to her club-ready new song.

The video was directed by Assad Yacoub and was filmed in a huge mansion in Malibu, California.

The queen as opened up about what this single release means to her as a queer Asian performer, and her personal journey to this point.

“Growing up in Vietnam, being gay was considered shameful,” Plastique explains. “I spent many years hating myself for who I was. I was raised to be silent and to hide anything I was feeling on the inside that might be considered out of the norm. I lived in constant fear of disappointing my family and everyone I love.

Plastique adds: “I never saw someone on television that I could relate or look up to. Queer Asian representation is so important. I want to be that voice I didn’t have. I want to be the one to tell all the little Asian boys and girls out there that being the way they are is more than OK, it’s power…

“And I am proof. This irresistible queen is conquering the world. I’m a first-generation Vietnamese immigrant who has overcome hardships yet there’s no tarnish on my tiara. It is shining brighter than ever.”