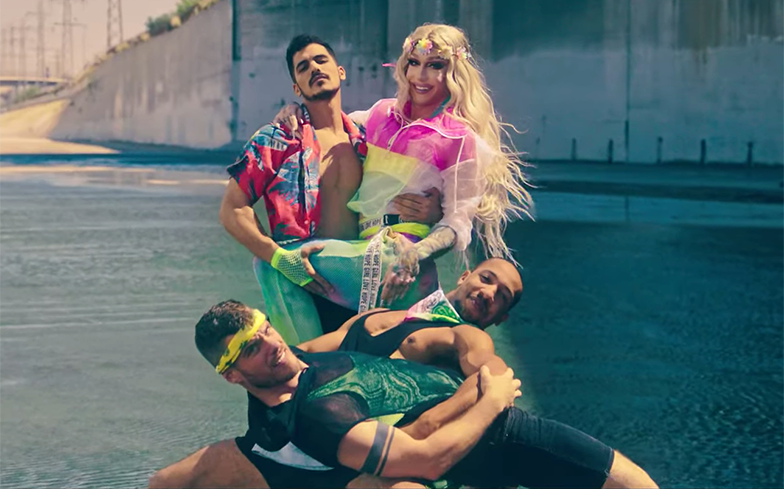 Kameron Michaels has launched her bid for music superstardom with her incredible new single.

In the video for her debut track, Freedom, the legendary RuPaul’s Drag Race star – who placed runner-up on the show’s tenth season last year – showcases her sickening dance moves in several choreographed routines.

Kameron is later joined by a group of queer people – including her fellow competitor and bff Eureka.

There’s also scenes of a young boy as he struggles with his decision to wear ‘masculine’ clothing or a stun pink top and matching skirt, as well as a gay couple proudly holding hands in the street.

“You’ve got a right to shine, don’t let them dim your light,” Kameron sings on the massive dance-pop anthem. “I saved my own damn life when I realised that freedom is a feeling, a rhythm you can shake, a choice you gotta make.”

In a statement, Kameron said of the track: “I wanted to create the type of music that I enjoy. Dance music! A sound that makes people want to move. I came out a long time ago, but I still remember how scary it was to realize I was different.”

“One thing I have learned from my travels is that so many people from every corner of the globe are struggling with identity.”

She added: “If my words and video help just one person find the confidence in themselves to fly, then I can smile knowing they have discovered their ‘Freedom’.”

Freedom will be included on Kameron’s upcoming debut album, which is due for release on 9 August. The song is now available on iTunes and streaming services – watch the gag-worthy video below.