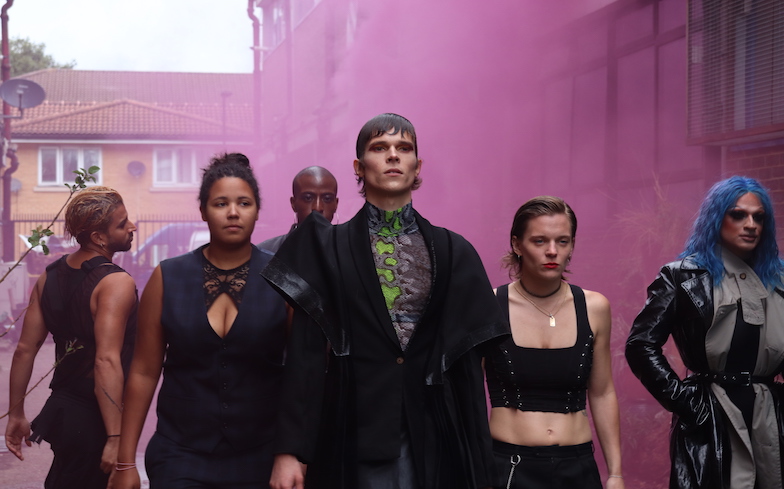 Teddy Jackson has unveiled the video for his politically-charged new single Pull Up.

Clocking in at just over a minute, the 70s-inspired punk anthem directly references Rihanna’s acclaimed NAACP speech, where she discussed the importance of unifying communities and called for allies to “pull up” on Black issues.

The passionate single, which is a far cry from Teddy’s incredible laidback debut Pretty Runaways, was written by the emerging singer-songwriter shortly after Hungary voted to end legal recognition of trans people.

“This was a shock to me and more so, a blatant attack on the LGBTQ+ community,” Teddy tells GAY TIMES.

“Yet, aside from trans activists, there was barely any noise being made about the issue. The EU had done nothing, and aside from queer publications, there was hardly any press coverage on this.”

Teddy says the protests and demonstrations that have erupted across the world following the murders of Black Americans such as George Floyd and Breonna Taylor saw the track “take on another level of meaning.”

“We can only tackle these issues if we are united, and if you aren’t using your voice or platform to try and incite change, then you’re complicit in the oppression of these communities. It’s as simple as that,” he explains.

Pull Up is now available on iTunes and streaming services. All proceeds from the single will be donated to UK Black Pride, Europe’s largest celebration for queer people of colour.

Watch the fierce music video for Pull Up below.