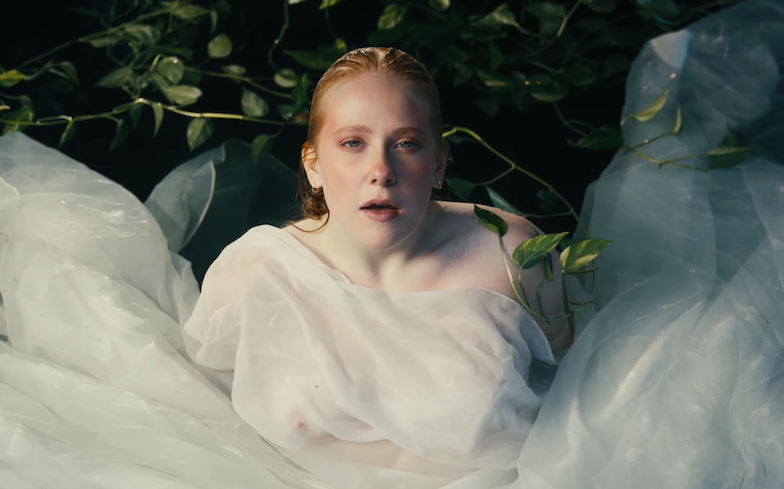 MADDEE has unveiled the stunning music video to Red Mind.

The dreamy, jazz-infused number, which was produced by the singer-songwriter and Gray Rowan (The WAYO, Charlotte Day Wilson), reflects on how MADDEE’s “first honest-to-goodness queer relationship felt like it engulfed” her.

She tells Gay Times: “Not because the relationship fed me more than any other had before, but because my sexual identity felt tied to the experience I was sharing with this person. Like being in this relationship validated my identity as a gay woman.

“Red Mind is about finding yourself in another person. It’s also about devoting yourself to holding that relationship together, even when it’s not right. So much of the imagery in this video is centred around longing.”

MADDEE continued to say that the visual depicts the “person in front of you and needing them to want you as much as you want them” and conveys “feelings of power and strength, while also communicating desire and vulnerability.”

“The strength, passion, desire and love associated with the colour red, contrasted by the vulnerability and fragility reflected in the soft, slow nature of the fabrics, water and clouds,” she adds.

MADDEE – full name Maddee Ritter – rose to fame in the music industry with features on the Colours EP from Toronto-based producer Harrison, and opening slots on tours for artists such as Lil Yachty, Willow Smith and Tennyson.