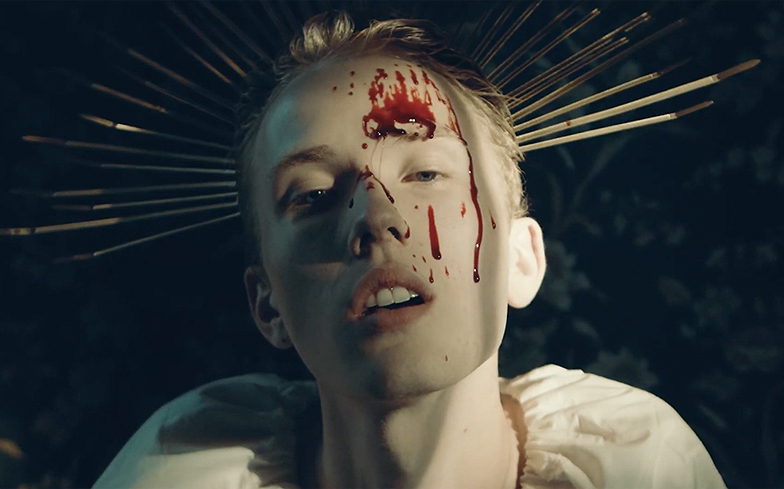 In the powerful film, the rising pop star explores their gender expression, queer love and the prom-night fantasies that many LGBTQ people don’t get to experience in their lives, eliciting a sense of melancholy and nostalgia for what could’ve been.

“I would sit at my piano and write If You Let Me, for example, a track on the EP about a dreamy senior boy in high school who is just drooling after me. He picks me up in his ol’ mustang and we drive to the school dance with the top down,” they explain.

“It’s a prom night love story for a boy who dreamed of having his crush sweep him off his feet and, you know, take him home after it all. Kind of like a gay-version of a John Hughes film.”

Speaking of their decision to create a visual project, Lukas explains: “Essentially, it’s my coming out story, and it’s critical of coming-out culture that asks you to announce to the world who you are as if something changed overnight.

“My coming-out was very confusing and put some stress on relationships but mostly messed up my head about things. I wasn’t familiar with my own gender expression and I was naive to how predatory and judgemental gay culture can be.

“So yeah, it gets pretty messy in the film and touches on those dark moments but it’s also about carving your own path and finding home within yourself.”

Watch the visual for Wasted Lies here or below.