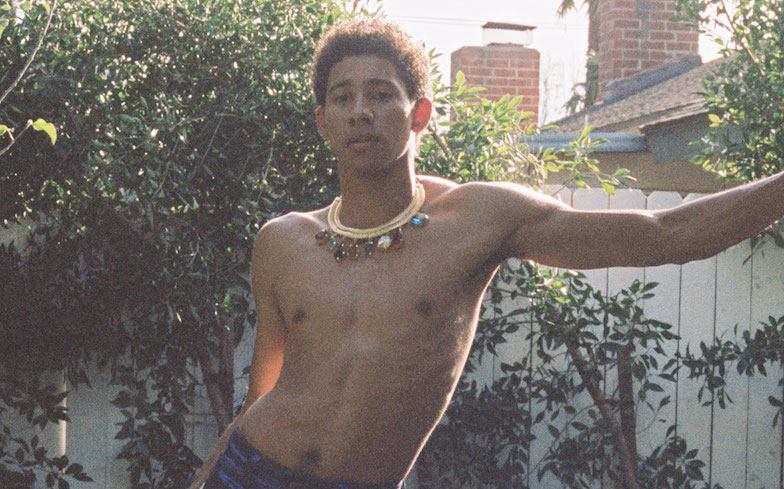 “Your mother? She gay. Your brother? So gay. Yeah, they all just a little bit gay!”

Keiynan Lonsdale refuses to retire his superhero mantle as he fights for equality on his infectious new self-love anthem.

The multi-talented creative – who first stole our hearts with major roles as Kid Flash in The Flash and Blue in Love, Simon – celebrates the LGBTQ community and declares war on homophobia as the Gay Street Fighter we need and deserve.

“For anyone who thought they couldn’t be themselves and a hero too, your time is now,” he sings on the eccentric, funk-inspired track. “And it’s not going to be easy. But if we persevere, this life sure will be beautiful.”

Keiynan then rallies for the community to stand behind him in the fight as he shouts: “Honey, I’m going to need all the help I can get. You see, I looked up into the stars and they told me, ‘It’s about time we changed the world.’ Are you ready? FIGHT!”

Gay Street Fighter is an “ode to fighting games” and was influenced by where Keiynan “was at with my sexuality at the time.”

“The more I’d been building confidence as an out black man, the more I was reflecting and becoming frustrated with the ever-present and very real homophobia that we still face around the globe. I needed to sing about it,” he told GAY TIMES.

“Everything in life is queer, it’s just nature’s way, hence why it’s cooler and more colourful. Any display of homophobia is a reflection of someone that hasn’t done the necessary work to be truly comfortable with their own complex sexuality.”

The song will be included on Keiynan’s highly-anticipated debut album, which is due for release later this year.