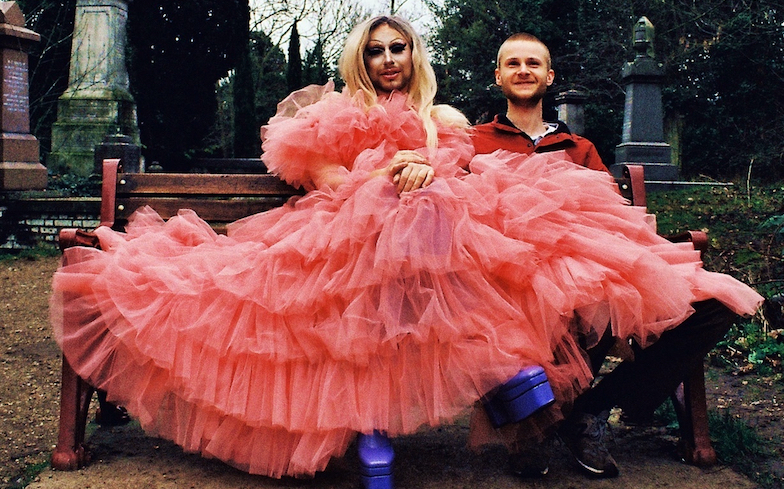 London-based alternative rock band Happyness have returned to the music industry after a three-year hiatus.

Vegetable, the first single taken from their forthcoming third studio album, explores a tough time in the lives of founding members, Jonny Allan, who experienced a breakup, and Ash Kenazi, who came out.

“A phrase that Ash says the whole time after crazy-party-nights is, “I’m as great as I am because I destroyed myself,” and I think a vegetable is like that,” Jonny said in a statement of the song’s inspiration. “It’s been a while since we wrote it.

“We’ve done a lot of living and had quite a good time. We wrote it quite fresh off the back of the band-thing breaking up, and having to look very specifically at all of the shit that had led us to having to make a lot of life changes.”

He continued to say the song is a “bit of a destructive triumph vibe” and described it as a “phoenix from the fucking ashes”.

Ash now performs in drag, saying he “weirdly just couldn’t be myself” and pointed out that “drag is actually quite punk, in the 70s and 80s, drag elements were so important to quite a few artists.”

Jonny added: “We used to play out to the indie crowd and it’s crazy how unique it is for them to have a drag queen walk into the room and just totally wreck the standard model of a little soft-core guitar show.

“The complacency of the whole scene was at peak level. There are a lot of people in the room at spaces that are kind of associated with the music we’ve always made that are like Ash who, until he was 24 thought he had to conform.”

Happyness’ first two studio albums, Weird Little Birthday and Write In, received critical acclaim upon release and developed a cult following. The band will be touring the UK in April – you can purchase tickets here.

Watch the video for Vegetable below.