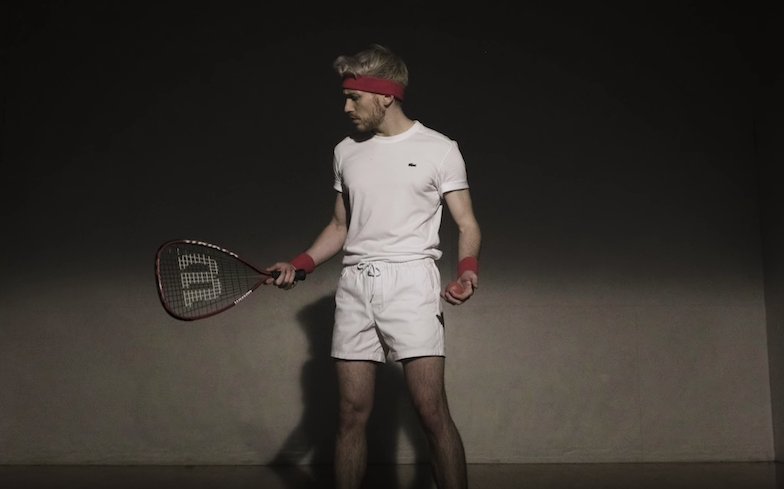 Gregory Dillon has released the music video for Love Again.

The emerging pop artist battles himself in a game of squash in the visual for the infectious 80s-inspired synthpop anthem, and like his previous clips, this one has a specific colour scheme. We stan consistency!

Gregory said “Love Again is that moment that occurs after a long emotional journey of your first real love and heartbreak.

“It’s the kind of song that can be interpreted in two ways: maybe you and your lover have gone your separate ways but after spending some time apart, something reignites the love that you had once lost.”

He added: “It can also be interpreted as wanting to experience that feeling of falling in love again with someone new.”

The track will appear on Gregory’s upcoming debut album, Send Me Letters, which is due for release later this year. It follows previous bops such as Alien Boyfriend, Painted Blue, Alone With You and Where We’re Going.

Love Again is available on iTunes and streaming services – watch the music video below.

You can listen to the acoustic version of Love Again here and the dance remix with Menrva here.