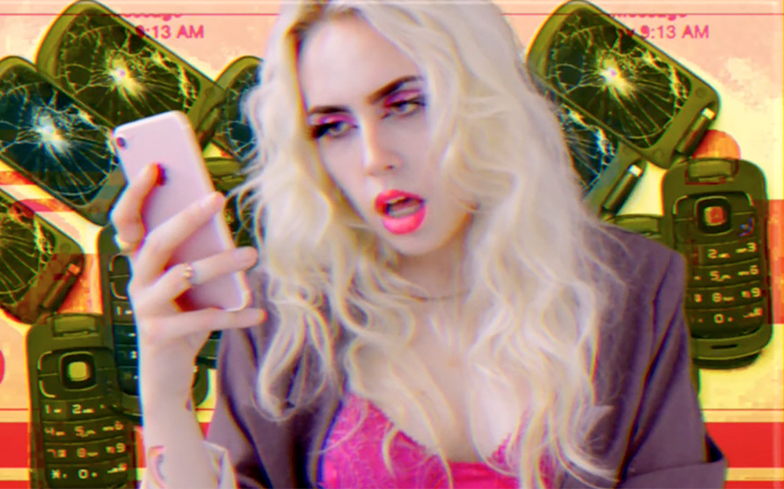 Foxgluvv has shared her infectious new single Don’t Text Back.

It’s the self-described DIY pop artist’s first new release since last year’s debut EP, I Never Felt Hollywood, and sees her add funky disco flare to her signature ‘hungover pop’ sound. It comes accompanied by a retro, green screen-heavy music video that’ll have you longing for the days of MySpace and flip phones.

“Don’t Text Back expresses the nerve-racking anticipation of a reply to a risky text. Whether you’re waiting for a response to a text-argument, flirty messages or receiving news, we can all relate to that feeling in the pit of our stomachs when we’re not quite sure how somebody is going to reply,” says Foxgluvv.

In honour of both Pride Month and the Black Lives Matter movement, which has gained worldwide attention since the murder of George Floyd by a police officer, proceeds from the Bandcamp release of the single will go to UK Black Pride.

“With the importance of uplifting the Black Lives Matter movement and also wanting to recognise Pride Month, I wanted to attempt to use the release of Don’t Text Back for some good,” she explains. “My new single is now on Bandcamp to purchase, with an exclusive B side track Crush 2.0, to raise money for UK Black Pride. Black Lives Matter, Black LGBTQ+ Lives Matter.”

Watch the video for Don’t Text Back here or below.