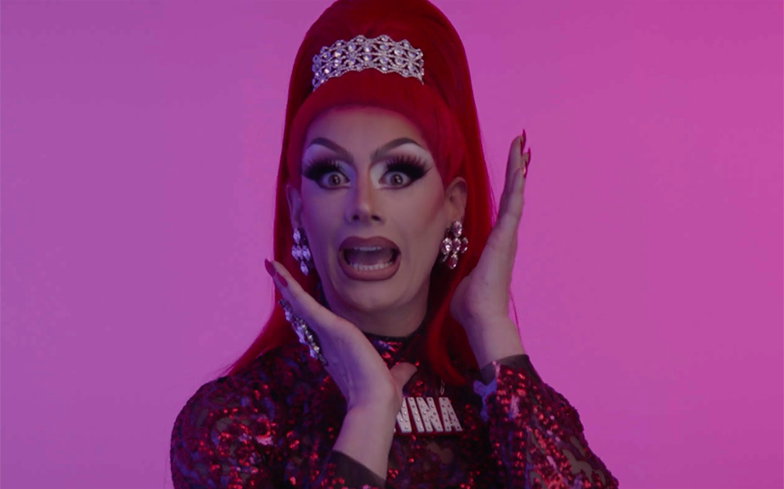 In the clip, the RuPaul’s Drag Race UK star pays tribute to camp, burlesque, femme and punk performers as she dons several different lewks, one of which sees the legendary queen in an orange beard with hairy armpits. C’mon versatility!

“You can take the surface layer, the entertainment, or you can look at it deeper. A lot of what I make is like a collage; there’s lots of different elements and then it all adds up to an idea, whether you understand what that idea is or not.

“To me, that doesn’t really matter. It’s more about me making something that I’m interested in and hopefully, other people will be as well. That was kind of… what it was. It’s a tongue-in-cheek poke at everybody.”

However, Divina clarified that she loves music from former RuPaul’s Drag Race contestants, specifically pointing out Manila Luzon, Alaska Thunderfuck and Adore Delano, but jokingly added: “But it’s all very similar isn’t it?”

A Drag Race Song is the first song taken from Divina’s debut EP DECODED – listen to the six-track collection here.