Premiere: Brooke Eden is the queer country superstar we need and deserve in Sunroof video 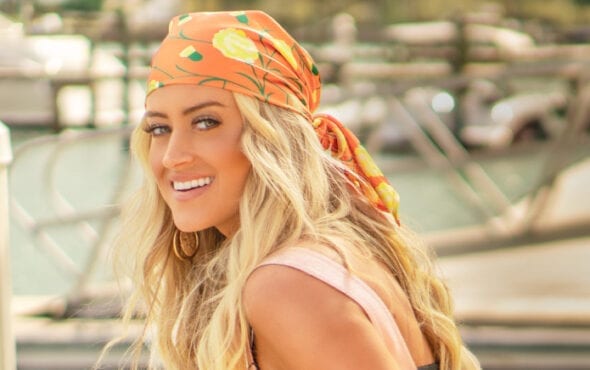 Brooke Eden is fighting for equality in the country music genre.

The rising superstar has just launched her brand new single, Sunroof, a contagious country anthem that tells the story of an exciting new relationship.

“I was sitting in my car one day, waiting for my girlfriend Hilary to pick up Mexican food, when I realized it was the first warm day of the year. This meant I could probably open my sunroof without freezing my ass off!” Brooke tells GAY TIMES.

“I opened the sunroof and immediately felt the sunshine on my skin and this overwhelming feeling of peace, paired with excitement. That feeling reminded me of the feeling I felt when we were falling in love.”

Brooke recruited Hilary for the stunning, rose-coloured music video, which sees the pair embark on a romantic beach trip.

The star says it would’ve been “impossible” to tell the story without her girlfriend, because her presence has brought her “so much sunshine and happiness”.

For Brooke, it was also important for her to represent the LGBTQ+ community in the country genre, which is notoriously conservative and heteronormative. “We’re just a normal couple who is simply in love with each other,” she states.

Brooke adds: “I’m hoping to normalize love in all forms.

“Our LGBTQ+ community has been so underrepresented for too long, but Hil and I have felt so much support for our relationship in Nashville and beyond.

“I hope to make people of all backgrounds and sexual orientations feel seen and safe in country music. Country music is all about authenticity and heart, and we’ve got a lot of that in our LGBTQ+ community!”

Sunroof is now available on iTunes and streaming services – watch the gorgeous music video here or below.