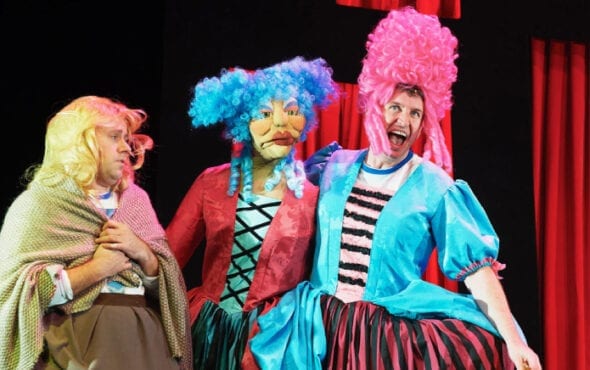 For those unfamiliar, Potted Panto is not your traditional pantomime fare. Instead, this 70-minute show treats its audience to snippets of multiple classic tales, including Jack and the Beanstalk, Sleeping Beauty and Dick Whittington. The majority of the characters are played by Daniel Clarkson and Jefferson Turner, although they are joined on stage by Jacob Jackson and Charlotte Payne who fill some supporting roles in a handful of scenes. Audience participation is – unsurprisingly given current circumstances – rather more stripped back than usual, but the call-and-response traditions are present and correct.

It’s all really very silly, full of slapstick gags and naff jokes geared towards a younger demographic – but there are a smattering of lines included for the grown ups. There are one or two moments of lewd humour too which we rather enjoyed – including a prolonged innuendo about the prince in Cinderella who is renowned for his balls (yes, really). The writing and the humour here is mainly for kids, though – it’s generally pretty daft and basic stuff. 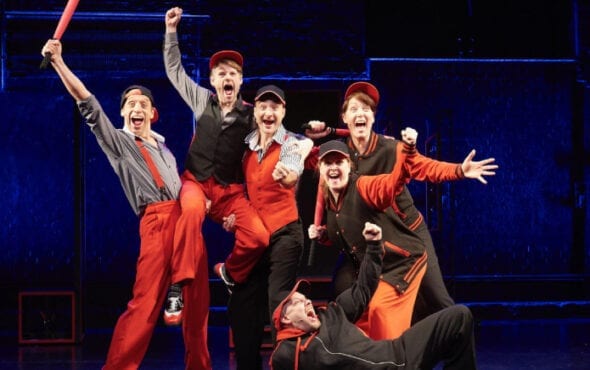 Having said that, we still had a fun afternoon. Some elements work particularly well – it’s all very fast-paced, at times appearing surprisingly slick and well-rehearsed given the leading pair have tried to create a chaotic experience. The camaraderie between Dan and Jeff is a joy to watch. An interactive journey home – which involves everyone on their feet, twisting and leaning as we try to avoid hazards ranging from water to giant spiders – provides a novel take on audience participation and adds a welcome change of pace mid-show.

Potted Panto is a perfectly enjoyable diversion and offers a pleasant respite from current events. It does exactly what it sets out to do, providing a short dose of lighthearted, family-friendly entertainment. Those after something more substantial will be better off elsewhere, but if you’re looking to just switch off and enjoy some silly mindless fun, Potted Panto could be just the show for you.